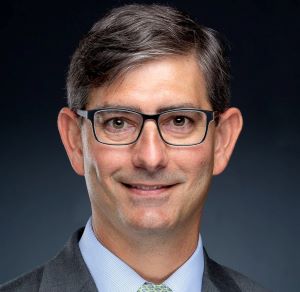 This article was contributed by Financial Planning Associate Adam McManus.

In November, we cast our votes for the 2020 presidential election. As we get closer to the election, we receive an increase in questions and concerns about how the election outcome will affect the stock market, and ultimately, investment portfolios. Although 2020 has been an unprecedented year, this is a common trend every four years leading up to an election. The discussion usually follows the same lines, “If {enter candidate name} wins, the stock market will plummet.” Typically, these concerns stem from media headlines and news outlets.

Headlines are designed to grab your attention and strike emotions, and as we all know, networks can be biased with the information they present to satisfy their audience, or constituents. These headlines include market theories, aimed at hitting investors where it hurts the most, their wallet. Flashy headlines attract more eyeballs, and ultimately that means more ad revenue for the networks. Their goal is revenue, not your financial best interest. We often hear, “this time it is different.” At Pathfinder, providing an impartial, unemotional view for our clients is not different and we do have their best interest at heart.

But back to politics… what are the facts?

Is there evidence that the market outperforms when one political party in office instead of the other? The answer is simply, no. The DOW experienced normal recession and expansionary cycles regardless of which party held office from 1926 until 2019. The important thing to notice is that over the long-term, no matter which party was in office, the market has increased.

On the other hand, history shows that cultural and world events have more of an impact on market returns than which party holds office. Most of us remember the feelings of angst and uncertainty following events such as 9/11 and the 2008 housing crash. It is important to notice that regardless how large and impactful those events seem to be on the market, over the long-term, the market has always recovered.

The market reacts as major events happen; this year is certainly evidence of that as COVID-19 rattled the world and global markets. For some reason, during an election year, investors let their emotions and concerns about administrative changes drive their predictions on how markets will react before election results are in, speculating possible outcomes. Fear of events that have not even happened can cause investors to act irrationally, leading to poor decision making, and an inability to handle volatility.

During the past 94 years of government, there have been 47 years when the House and Senate were controlled by the same party, and 47 years when they were divided. Under a divided government, when Senate and House are controlled by different parties, it is difficult, sometimes impossible, for policy changes to be implemented. President Obama’s main running platform was Obamacare, which took four years to implement. This is important to keep in mind when candidates propose radical changes, because most are not immediately, if ever, implemented.

From 1926 to 2019, during the six months leading to an election (May 1st to October 31st, often called “Mommies to Mummies”) the market averaged 5.9% returns. In the six months after the election (November 1st to April 30th, or “Turkey to Tax”) the market squeaked out a higher average return by 0.01%, with a 6.0% average. Is this significant enough to confirm that investor confidence is lower heading into an election and recovers thereafter? Maybe, but it is also evident that results before and after the election are relatively the same; elections could be ignored, and you’d likely have similar market results.

With outside sources, news, and ads designed to hype our emotions, and an election on the horizon, how do we keep ourselves from making costly investment mistakes? The best way to keep your emotions from negatively impacting financial decisions is to have an investment plan designed for your unique financial situation. A plan that is based around your time frame and cash flow needs, as well as your emotional fortitude around volatility and market uncertainty.

Pathfinder Wealth Consulting guides each client through a comprehensive financial planning process which allows us to build a custom investment strategy to help fund their goals. We encourage you to elect a team that can build a financial path that works specifically for you and your family, on your terms, and for your retirement, regardless of who is in office. We are here to guide you forward. 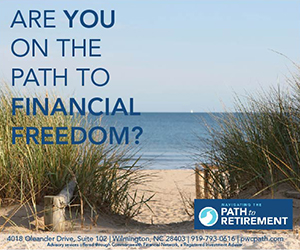