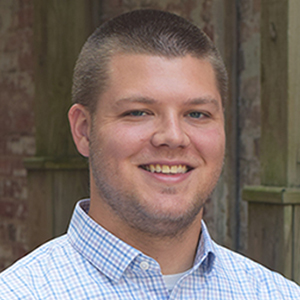 Our corporate office in Fayetteville sits about 15 miles from the Dupont and Chemours plant in Cumberland County. For years, we have learned of the increasingly damaging reports of how PFAS chemicals have been dumped into the Cape Fear River and mismanaged by Dupont and Chemours. We know from a NC State study published in July of 2020, in which 344 Wilmington residents had their blood sampled, 99 percent of them had at least one PFAS chemical represented in their blood. In addition, the study stated, “Study participants had much higher levels of the legacy PFAS in their blood than U.S. national averages.”

So why am I writing about this instead of office technology? Because ethics matter. Small businesses would not get away with the level of violations and recklessness that Chemours and Dupont did. Since when do successful large companies get a green light to operate under different standards? Whether you sell office technology or any other product or service, your community and customers deserve respect. The contaminants that flow down the Cape Fear River pass by citizens that have spent their life honorably serving their country, working hard to earn a living they can be proud of, and investing their time and money into the communities they reside in.

I am the Grandson of one man who started Copiers Plus and is an American Business Ethics award winner, and another who served in the US Army and as a volunteer fire fighter for many years. Both men are the epitome of an American success story rooted in the value of integrity and hard work. Grandfathers are often known for being ones that you can count on to have your back and to always point you in the right direction. I know that was true for me and I hope my sharing their stories will encourage our community of the importance of responsibility, accountability and ethical standards.

Bob Smith started Copiers Plus at the age of 50 to provide people with a level of service they deserved and that he felt was lacking in the industry at the time. He continues to come to work each day at the age of 85 and provide vision for how to better serve our customers. Under his leadership we were able to expand to five locations over the years. Though with our growth, our focus on serving people ethically and in a manner in which we would like to be treated has never faded. Over the years there have been many instances where ethical stances have been hard to make, but cutting corners and not looking out for the interests of our communities we serve would be worse than any financial gain we would have accumulated.

Charles Packer served honorably until his retirement as a highly decorated Sergeant Major for the 82nd Airborne Division on July 30, 1984 and settled down in a small town called Grays Creek, NC. He made the move to bring some stability to a family that was constantly on the move. Little did he know that the well water his family drank from had been severely contaminated by run off from a company he worked for after retirement from the Army, Dupont. Their house, which sits just a few miles from the plant, now receives bottled water from Chemours because they admit the PFAS in their well water is at high levels and unsafe. The American flag that flies in their front yard flaps in the wind where my Grandfather once lived. He passed on April 3rd, 2018 due to complications from a rare auto immune disease called Myasthenia gravis. His three daughters all have thyroid conditions and his wife has had to have her thyroid removed due to Graves disease. Just last week, his wife received a letter in the mail from Chemours stating that her time of receiving bottled water is almost up.

It is time for North Carolina businesses to show up for the citizens in their backyard, the small business owners, non-profits, veterans and all others by making a public condemnation of Chemours and DuPont for their blatant unethical handling of toxic chemicals and demand swift and proper action be taken to start mending some of the wounds created by their ways.

Should You Upgrade to Windows 11?

Desktop Printers In Offices, Yes Or No?

5 Things To Remember Regarding Your Copier Contract

Printing In Color Doesn’t Have To Be A Luxury

8 Reasons Why You Need Managed Print Services For Your Organization

How To Handle Insurance For Office Equipment

How A Burger Joint Cooked Up The Need For Business Automation

Calculating The Total Cost Of Ownership Of Your Office Equipment

How To Navigate A Copier Buyout

How Investing In Office Technology Can Save You In Taxes