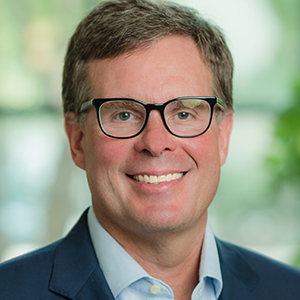 So, I was literally working on my latest Insights piece yesterday late morning when I got the alert: Mike Krzyzewski was planning on retiring as Duke’s mens basketball coach after the 2021-22 season. I knew right away that the piece I was working on at the time would be getting shelved and I would be back to writing about how basketball correlates to private companies.

For those of you who have lived or even spent any time in the Raleigh-Durham-Chapel Hill area, you know that the Triangle has been the epicenter of college basketball for at least the past 40-50 years. There are 3 schools—North Carolina State University, University of North Carolina at Chapel Hill, and Duke University—all within 25 minutes of one another who each have rich college basketball traditions. A lot of it is down to the coaches… NC State with Everett Case, Norm Sloan and Jim Valvano; North Carolina with Frank McGuire, Dean Smith and Roy Williams; Duke with Vic Bubas, Bucky Waters, Bill Foster and one Michael William Krzyzewski.

Like any other self-respecting diehard North Carolina Tar Heel growing up, I despised Duke. The sight of Mike Gminski and Jim Spanarkel on a basketball court made my blood boil. Duke was pretty good in the last 70s, but when Bill Foster left at the end of the decade and some baby-faced new coach with the weird name took his place, I thought Duke was done. Plus, we had some guy called Ralph Sampson to deal with at the University of Virginia.

But after a few rough years, the guy with the weird name, soon known as Coach K, put Duke on the college basketball map in a way they had never been before. He went toe to toe with some of the great coaches in Atlantic Coast Conference history—Lefty Driesell, Terry Holland, Bobby Cremins, and my beloved Dean Smith—and took Duke to the top of the college basketball world in the early 90s. And then he kept Duke there for pretty much the next 35 years.

Coach K was my own personal Darth Vader for about half of my life. A Duke loss was a cause for all-night celebration. Duke getting eliminated from the NCAA tournament felt like a national holiday. Over the past decade or so, though, I have begun to appreciate the man’s accomplishments. Coach K won a couple of NCAA championships, in 2010 and 2015, with less than vintage Duke teams. I hated it, but I couldn’t help but respect what he had accomplished.

It was with considerable interest that I watched Coach K’s press conference today where he formally announced and discussed his impending retirement. There were two major themes of his comments that stuck with me. The first was Opportunity. Coach K spoke at length about the good fortune he had with all the various coaching opportunities he was given throughout his career. The second was Succession. Coach K made it a point of emphasis of how he wanted to leave the Duke program in good shape so that his successor, John Scheyer, could leverage a solid culture and foundation.

Coach K’s comments compelled me to think about my career experiences and my business philosophy. Private company investing is all about identifying the right opportunities and capitalizing on them. I have obviously not enjoyed the level and magnitude of success that Coach K has, but I do relate to the concept that good opportunities don’t come along very often. And while it’s nice when they do come to you, most often they are the product of hustling, putting yourself out there.

When Coach K discussed succession, that resonated strongly as well. My thoughts immediately went back to a few years ago when Tidewater was in the process of buying a company outright. While the opportunity was attractive, there was little in the way of an obvious succession plan in terms of company leadership. We had to create all that infrastructure to make for a smooth transition to our ownership. Fortunately, we had a sound plan and the right person to lead its execution. There is no doubt in my mind that has been a critical factor in the company’s success.

As hard as it still might be to admit it, Coach K once again reminded me of how to win. How to be a success. My respect for him is greater than it has ever been… but I hope he loses every game next season and my Heels beat his Devils by 50 points each time they play.


About Merrette Moore: Merrette Moore is the Managing Partner of Tidewater Investment Company, overseeing the operations of the firm. Merrette has over 25 years experience working in finance, company management and innovation. He has been involved in over 50 private investments, serving as the lead investment representative for many of these deals. Merrette has participated on the boards of several privately held companies either as the executive chairman, director or an observer.

Other Posts from Merrette Moore

Looking Beyond Your Financial Advisor For Private Company Investments

Your Private Company Investment Portfolio: The Right Fit In The Right Program

Private Company Investment Bracketology: How To Avoid A Busted Bracket

What’s The Allure Of Private Company Investing? It Can Be An Interesting Story.