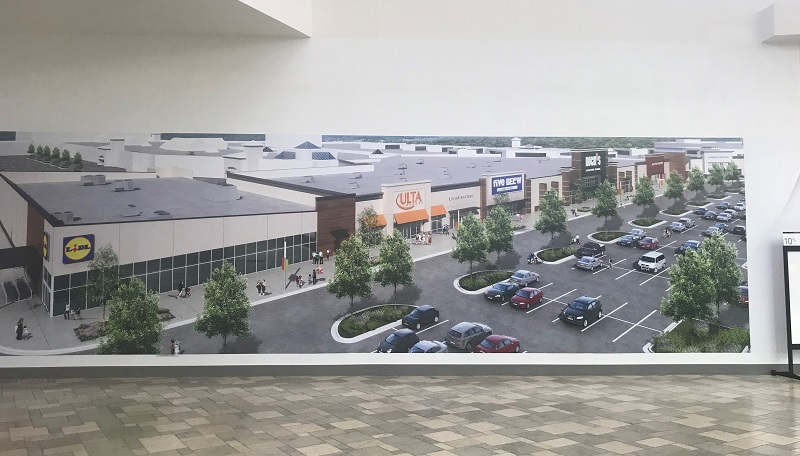 The German-based discount grocery store chain is pictured in a rendering posted inside the mall, along with signs indicating some new tenants for the property, which is slated for redevelopment. 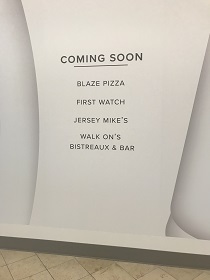 Mall officials confirmed that the other tenants include Blaze Pizza, a pizza eatery with a location in Renaissance Market shopping center; First Watch, a Florida-based restaurant chain; Jersey Mike’s Subs, a New Jersey-based sandwich shop; and Five Below, a Philadelphia-based value retailer geared toward teens.

A redevelopment for Independence Mall, 3500 Oleander Drive, has been in the works for the past couple years, with changes expected outside and in th emore than 1 million-square-foot center.

A rendering of changes at the mall shows the Lidl on the exterior in place of the wing where there was once a Sears. The Sears store closed last year.

Brookfield Properties said in a statement last month that the first phase of the redevelopment project would be underway soon with the demolition of the former Sears’ building and wing.

Officials with the firm have previously said demolition could begin before the end of 2019.

These stores are just some of the most recent listed for the mall, including Ulta Beauty, which has signed a 10-year lease with Brookfield Properties for a space of that wing in June.

Officials with EMJ Construction confirmed Thursday that it was working on the Independence Mall redevelopment project as the general contractor. The construction firm is also working on the Lidl at 1445 Eastwood Road.

Walk-On's Bistreaux & Bar, a restaurant co-owned by NFL quarterback Drew Bree, is also set to construct an 8,800-square-foot building over an existing parking lot near the mall at 3710 Oleander Drive.