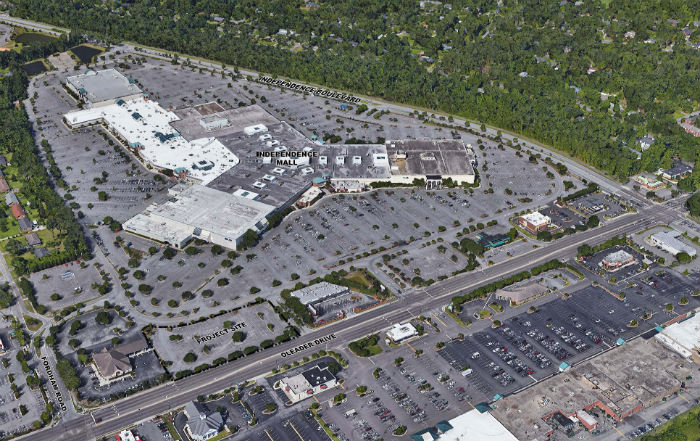 The site plans show a proposed 8,800-square-foot, 285-seat restaurant called Walk-On's Bistreaux & Bar that would be built over an existing parking lot at 3710 Oleander Drive in front of The Collection at Independence, formerly known as Independence Mall.

Brandon Landry, co-founder and owner of Walk-On's Bistreaux & Bar, announced in December that he had executed a franchise agreement with Jason Sadowski and his wife, Amy, to bring a Walk-On's location to Wilmington and Fayetteville, along with nine others in southern states, hoping to start in the fall of this year.

The Sadowskis are based in Charlotte. Jason Sadowski said Thursday that he grew up in the restaurant business and has more than 15 years of experience running multiple locations.

"We sold our operations in Texas and wanted to try something new," Jason Sadowski said.

He describes Walk-On's as "a family friendly sports-themed restaurant/sports bar that delivers a wonderful cross section of food with an Americana base with a slight taste of Louisiana. For example: duck and andouille sausage gumbo."

Sadowski said the restaurant's burgers are popular, and other examples of dishes include venison chili, po' boys and an appetizer made of flash-fried alligator meat that has been marinated in buttermilk.

Finding a suitable location for the Wilmington Walk-On's has been a bit of a challenge, "but we're committed to be out here," Jason Sadowski said. "We're really excited to work with Rouse. I think they're a great company. We're really excited about what their vision is with the Independence Mall redevelopment."

Walk-On's was founded by Landry and Jack Warner who became friends "as a pair of walk-ons (unrecruited and unsigned athletes who are unwilling to give up on their dream of being college athletes) on the Louisiana State University basketball team," according to the restaurant's website.

The city of Wilmington's project tracking website says the plans for the restaurant are expected to be considered by the city's Technical Review Committee at its June 14 meeting.

Rouse Properties, which purchased much of Independence Mall last year, announced in March that the property would undergo a full-scale transformation into "a dynamic mixed-use lifestyle center," plans that include demolishing the Sears building and adding apartments, a hotel and a medical office building.

Rouse officials also said the changes will include "removing sections of the mall’s interior to allow for exterior-facing retailer entrances and the construction of an engaging restaurant streetscape that will house several high-volume restaurants and first-to-market retailers."