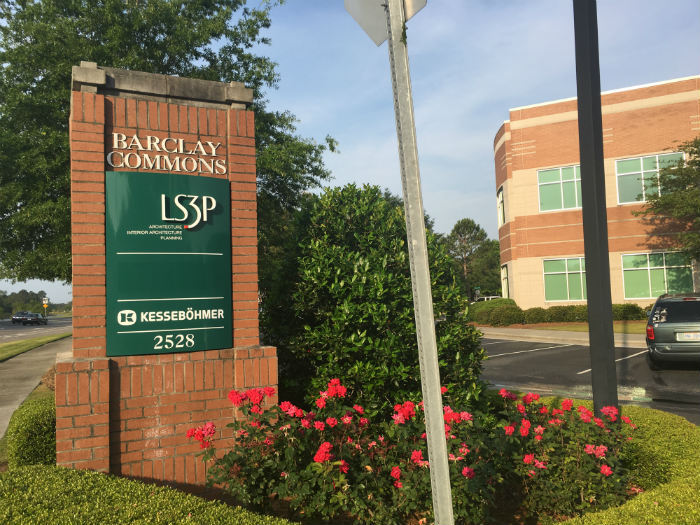 Education Management Systems, a growing Wilmington firm, has moved to 19,000 square feet of space at Barclay Commons in midtown. (Photo by Cece Nunn)
A Wilmington company that serves more than half of North Carolinas more than 100 school districts and operates in most states has recently expanded its footprint.

Education Management Systems moved from two locations on Shipyard Boulevard to occupy 19,000 square feet, the whole second floor and half of the ground floor, at 2528 Independence Blvd. in Barclay Commons, an office-retail complex in midtown.

His company provides management software for the kindergarten through 12th-grade market, with customers in 42 out of 50 states. The software allows parents to pay for school meals online and meets other cafeteria management needs.

The firm's software also helps manage cafeterias on military bases in the U.S., including in North Carolina.

Hooks said Education Management Systems has 52 employees, with plans to hire more at the rate of two to three a year.

He said he felt Barclay Commons, the seventh location for the firm since 1989, was a good fit for his firm and he expects the company to stay there long-term. The space is about twice the size of what the company previously had.

"It's a good business park and it's convenient," Hooks said, noting its location in a growing area of Wilmington.

The space on the second floor at 2528 Independence was previously home to architecture and planning firm LS3P, which last year announced the move of its Wilmington office to new space at 101 N. Third St. downtown.