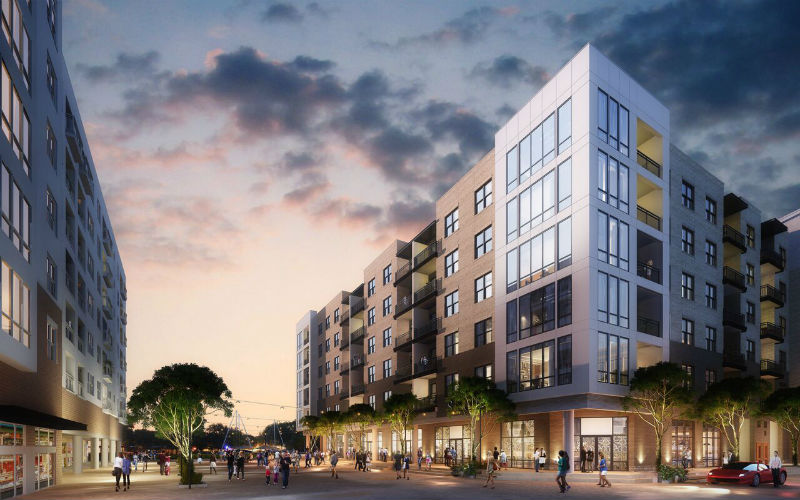 The apartment complex, initially proposed in 2014, is projected to be completed in spring 2020, with preleasing beginning later this year, according to a news release.

The project is being developed by Raleigh-based DeWitt Carolinas Inc.

“We are excited to be underway and to be introducing what will surely be a sought-after address for those eager to live in a luxury waterfront apartment in downtown Wilmington,” Dewitt Carolinas CEO Todd Saieed said in the release.

The development, previously reported to be a $60 million project, consists of 286 apartments, 20,000  square feet of commercial space and a parking garage with 525 spaces.

The development, located between PPD and the Wilmington Convention Center, sits on 5 acres and will comprise a six-story institutional grade steel and concrete building, with extensive interior and exterior amenities, and direct access to the Riverwalk, Northern Riverfront Marina and the city’s future North Waterfront Park, states the release.

DeWitt Carolinas had previously resubmitted site plans in May 2017, after two years with no construction on the site.

Financing, heavy equipment, infrastructure and site preparation for the construction are already in place.