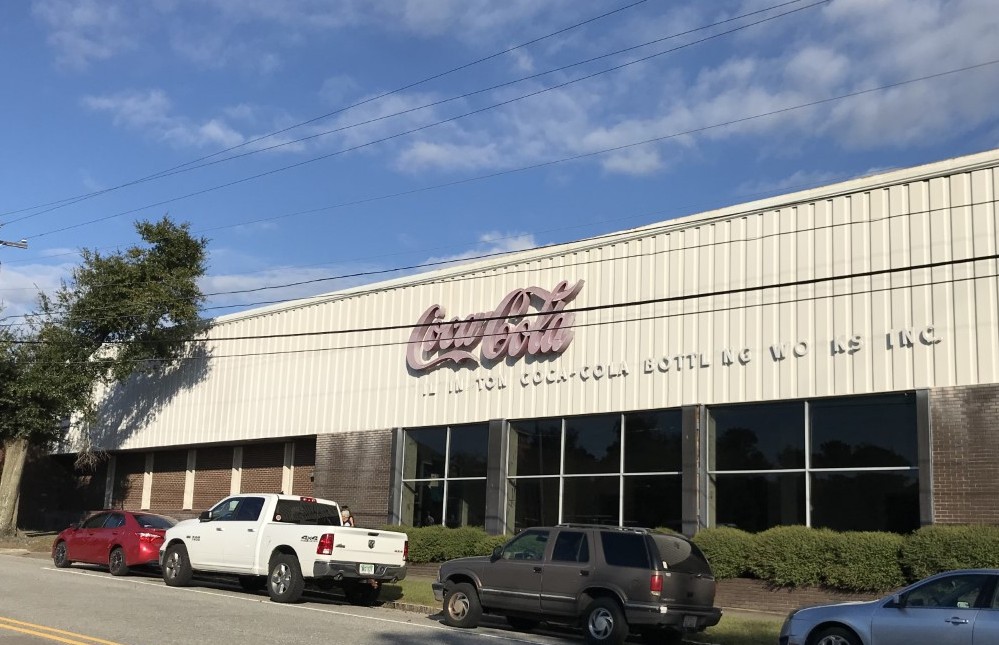 The former Coca-Cola Bottling facility on Princess Street is shown last year. The property has undergone a redevelopment. (File photo)
The developers working to transform Wilmington's Soda Pop District will celebrate progress during an unveiling Wednesday.

Parastream Real Estate Development will show off the newly renovated Bottle Works Building, which was formerly a Coca-Cola bottling facility, at 921 Princess St. in an event hosted by the company and the Wilmington Chamber of Commerce, according to a news release. The building sits on more than 1.5 acres, encompassing the block bordered by Chestnut, Princess, Ninth, and 10th streets.

"The redevelopment of the Bottle Works Building is the first of several adaptive reuse projects Parastream is undertaking in the Soda Pop District. The grand opening of the first phase in this large-scale redevelopment project comes just one year after Parastream Partners Sandy Thorpe and Andy Hewitt closed on 8 acres (more than three blocks) in the Soda Pop District," the release stated.

Thorpe and Hewitt formed Parastream Real Estate Development and bought the property last year. According to the release, the updated Bottle Works Building will house multiple tenants in a mix of retail and warehouse spaces, with storefronts lining the building's facade facing Princess Street. Parastream rehabbed the warehouse portion of the building into an urban flex space, which offers tenants "a chance to be in a light industrial warehouse setting in the Greater Downtown Wilmington area," the release stated.

“When we closed on the properties, there was a void in warehouse space across the city, especially in the downtown area. We are glad to have tenants such as Beach and Barn and Craftspace, who fit in great with the downtown community and prefer this location over a large industrial park,” Thorpe said in the release.

Monteith Construction Corp. and BMH Architects are wrapping up the initial capital improvements to the Bottle Works Building over the next couple of weeks, the November release stated.

The Bottle Works Building is over 70% leased, according to the release, with a few sections that are still available, including retail storefronts as well as some warehouse spaces.

“I could not be more proud of the efforts of our project team, which includes Monteith, BMH, Sims Engineering, and Woods Engineering. Through this effort, vision, and creativity, we have succeeded in restoring and preserving this unique piece of Wilmington real estate as a place where a diverse group of businesses can thrive,” Hewitt said in the release.

With the upcoming completion of the Bottle Works Building, Parastream is getting started on construction across the street at 1002 Princess St.

According to the release, "This will be the future home of Bowstring Brewyard, which is expanding its brand in Wilmington from its first location in Raleigh."