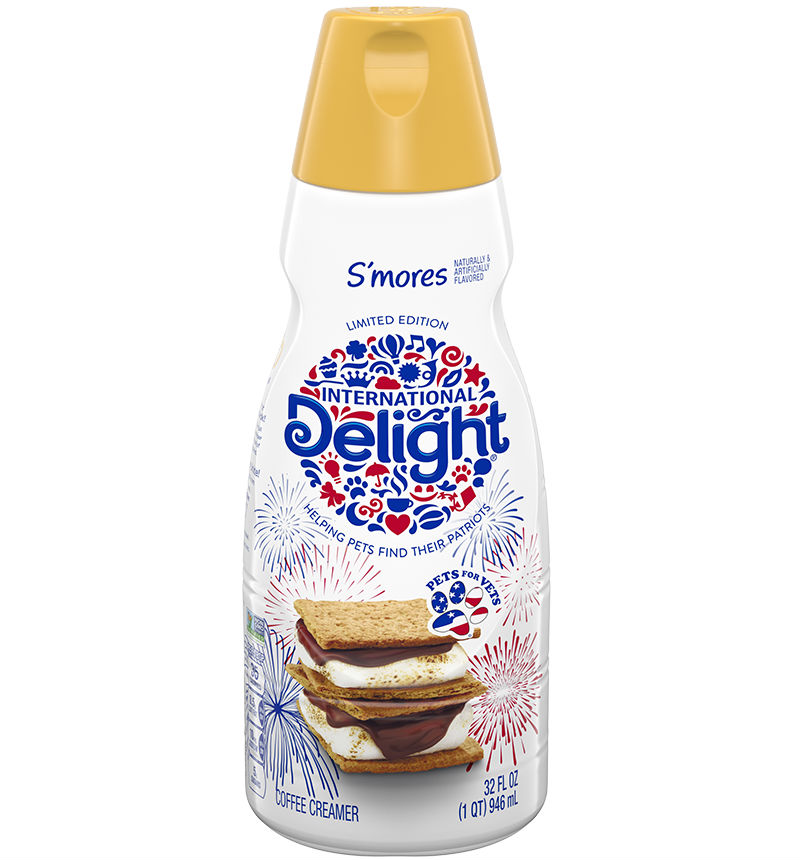 Next time you grab a coffee creamer at the grocery store you might be surprised to find a Wilmington-headquartered nonprofit featured on the product.

International Delight, a brand of coffee creamers, has partnered with and donated $150,000 to Pets for Vets, a Wilmington nonprofit that rescues, trains and matches shelter dogs with American veterans who need a companion pet, according to a news release Wednesday.

The contribution is expected to cover the cost of 30 veteran and pet matches, continued education for Pets for Vets trainers and medicine and preventative supplies for matches, according to the release.

The donation is in honor of Military Appreciation Month.

Limited-edition s’mores-flavored coffee creamer, sweet cream and french vanilla flavors will feature the Pets for Vets pawprint logo on every bottle to encourage customers to support the cause.

"The opportunity to match veterans with a new companion and give pets in need loving homes struck a chord with us and we knew from our first conversation that we had to get involved," said Jessica Strouse, senior associate brand manager for International Delight, in the news release.

Pets for Vets was founded by Clarissa Black in 2009 after working with therapy dogs and noticing the role dogs played in the recovery of wounded soldiers and those with post-traumatic stress disorder, according to the nonprofit's website.

The nonprofit has 27 chapters in the U.S. including one in Wilmington that is lead by Sean Quigley, chapter director and former Army medic.

International Delight’s Americana-themed collection is available in grocery stores and mass-market retailers nationwide for a suggested retail price of $3.79, according to the news release.

"We're incredibly thankful for this support that will help us reach more veterans and shelter animals than ever before, and we're thrilled this partnership goes beyond just a contribution thanks to International Delight's dedication to raising awareness of our efforts," said Black in the news release. "Since we began in 2009, we've been fortunate to do a lot of great work and working with International Delight will help us do even more."