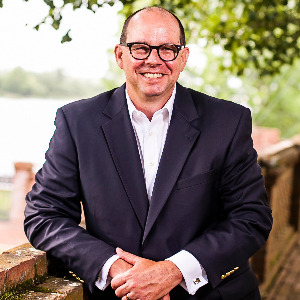 Many people have a significant portion of their net worth tied up in real estate. There are numerous ways to create wealth in real estate that include some strategies that employ high risk and high reward, and others that are lower risk but also result in a lower reward.

If you want to buy a house on the courthouse steps, it is not for the faint of heart! These homes are usually purchased sight unseen without the benefit of inspection, and with unknown structural and mechanical baggage. Like with the airlines, baggage can be expensive!

Try to purchase a rental property at or near market value, hire a management company to manage the process and let your tenants build your equity over time. Not very sexy, but not super risky either.

In the past, many people developed wealth by simply purchasing a home and staying put! My grandparents paid $35,000 for a home in 1953. That was a lot of money at the time, but they lived in that home until well after they retired (more than 40 years). When the estate was settled after they passed, the house sold for nearly 10 times the original purchase price.

In today’s mobile society, few of us will live in the same city for 40 years, much less the same house. On average, a first-time home buyer will live in their first home fewer than seven years. How can you build wealth/equity in such a short time? Whether you are an investor or first-time home buyer, the advice is the same - know the market. That means you should hire a professional, keep abreast of current news and pick your time carefully.

During the recession, new construction came to a grinding halt. But for six or seven years now, many of us wake to the rat-a-tat-tat of nail guns and sheetrock workers building as fast as they can.

I have worked with both first-time buyers and investors to identify an up-and-coming neighborhood in the early stages of development. The key is always to buy low and sell high.

Developers and builders build in phases. Sometimes Phase I is the least-desirable section on a parcel, but that is where the gold is. I have clients that purchased a model home in a mid-sized neighborhood. Because they were investors they did not move into the home. We negotiated a lease back to the builder, so he wouldn’t have to move the model home.

For two years the house was lightly used as a model. At the end of the term, the builder had his skilled tradesmen fix the house to be just like new for my investors.

Let’s look at what happened during those two years: At the end of two years, my clients had over $40,000 in equity that was verifiable based on recently sold comparable homes and they had to choose to rent or sell. What would you do with an extra $40,000?

Be careful and remember the following advice: As always, if KBT Realty Services can help you here or anywhere else in the world with your real estate needs, we are just a click away!

Kirk Pugh is a 25-year hospitality professional turned real estate broker. Licensed since 2009, together with his partners Becky Brown and Tyson Emery, they own and operate the KBT Realty Team, a division of Keller Williams Realty. Originally from Louisville, Kentucky, Kirk has been blessed to live in some amazing places during the course of his career and has called Wilmington home since 2001.“Seek first to understand before being understood" is one of the more recent quotes on Kirk's list of favorites. Understanding his clients, who they are, how they live and where they are in life’s journey is most important in determining how he can meet their needs.

Other Posts from Kirk Pugh

Is it a Seller’s Market?

Too Big to Fail

How to Make a Million in Real Estate

My Sister’s Husband’s Cousin is a Realtor

What We Do is Open Doors

How is the Market? 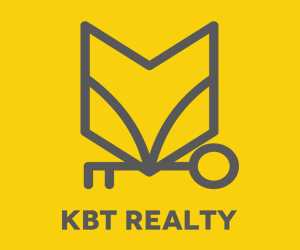