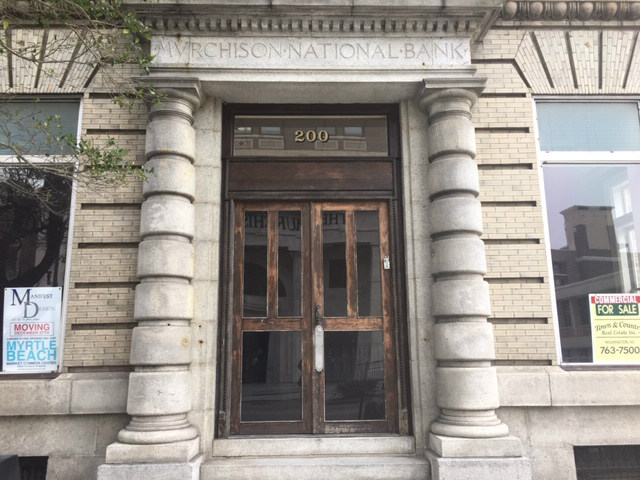 Three floors of the Murchison National Bank Building at 200 N. Front St. in downtown Wilmington are for sale. (Photo by Vicky Janowski)
Two separate businesses that were located in downtown Wilmington, Manifest Design and Going Local Artisan Gifts, have moved out of their neighboring North Front Street spaces.

Manifest Design, a design interior business and showroom previously at 200 N. Front St., moved from Wilmington to Myrtle Beach, South Carolina, at the end of December. According to Manifest's website, the business reopened at 3065 Howard Ave. in Market Common Center in Myrtle Beach on New Year's Eve.

Jenna Toomey, a broker and assistant to Todd Toconis of Town & Country Real Estate, said the 2,500-square-foot commercial space on the first floor of the historic building is for sale for $950,000, while the 8,000 square feet in the top two stories has a list price of $2.4 million. Toconis is the listing agent.

The bottom floor space previously occupied by Manifest Design once served as a studio for artist and building owner Bob DeYoung. Construction started on what was a bank building and home of the Men's Club of Wilmington in 1898 and was completed in 1902, DeYoung said. The building still bears the name Murchison National Bank above the door on North Front Street.

Downtown Wilmington has some vacancies these days, particularly on North Front Street and as a result of hurricane damage. The Port City Java at 21-A N. Front St. reopened Dec. 18, and demand is still high for space downtown, brokers and property owners say.

"We're getting two or three calls a day to rent it," DeYoung said of his building, but he wants to sell it.

He said the structure had some roof damage as a result of Hurricane Florence in September, but that has since been fixed.

"It's a very prime location ... we fell in love with the building on our second visit," he said. "From our point of view, it is architecturally the most beautiful building in the downtown historically because it has such great detail both in the fact that the outside is what they call bread-and-butter brick and the ornateness of the tin crown around the top of the building."

DeYoung said the structure was designed by New York architects in the Italian Revival style.

"Our greatest preference would be if somebody bought the building and made a beautiful boutique hotel," DeYoung said. "They could extend it up ... I think it would be a fabulous addition for Wilmington downtown but also something that would be a big draw to bring people there." 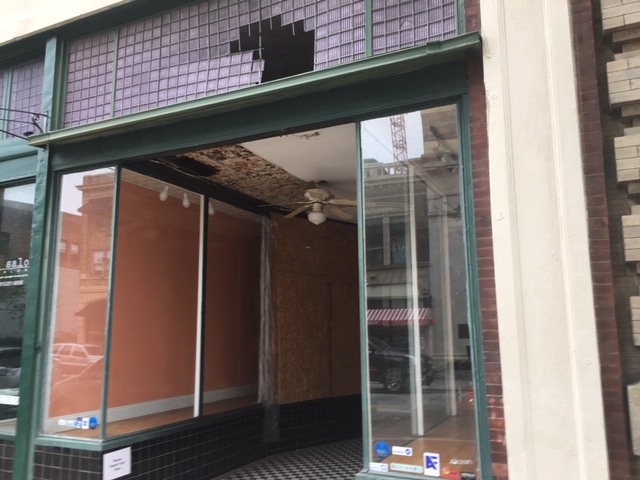 Conely held a six-week artisan market during the recent holidays at Mayfaire Town Center in space formerly occupied by a fitness studio.

Conely said she's still making future plans to be announced at some point for Going Local.