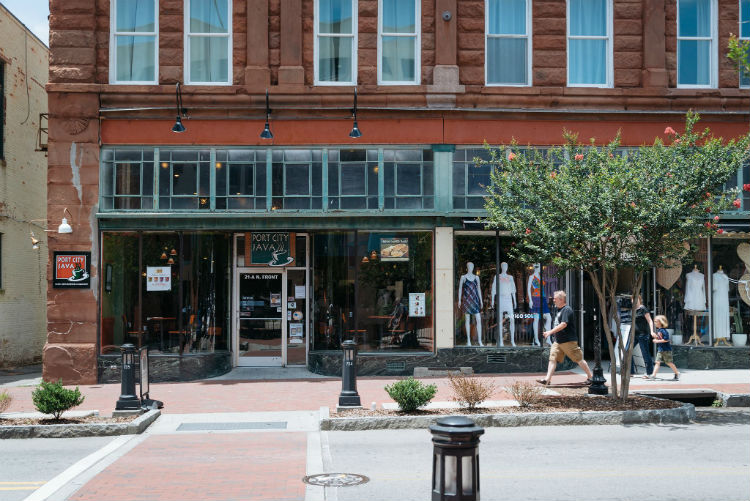 The coffee shop had closed before Hurricane Florence struck the area in September, reopening Tuesday morning after extensive repairs that were needed because of storm damage.

"The roof came off the building and it rained into it for a few days, caused a lot of water damage to the entire interior, including us," said Port City Java CEO Steve Schnitzler of the multi-tenant Front Street building. "We had to replace the ceiling and the floor."

After the hurricane drenched the area, it took a while for the whole building to be dried out, he said.

The 8 to 10 employees of the North Front Street location were sent to other Port City Java coffee shops in the area. The company also has a location at Cape Fear Community College's Union Station downtown.

The Port City Java at 300 N. Front St. closed earlier this year, replaced by a Clean Juice, and its Lumina Station shop closed in September. On the Lumina Station closure, Schnitzler said it was the end of a lease, but the firm continues to look for location around the Mayfaire area.

"We are definitely looking at some spots," he said, but it's too early to announce them because the firm has not signed any lease agreements yet.