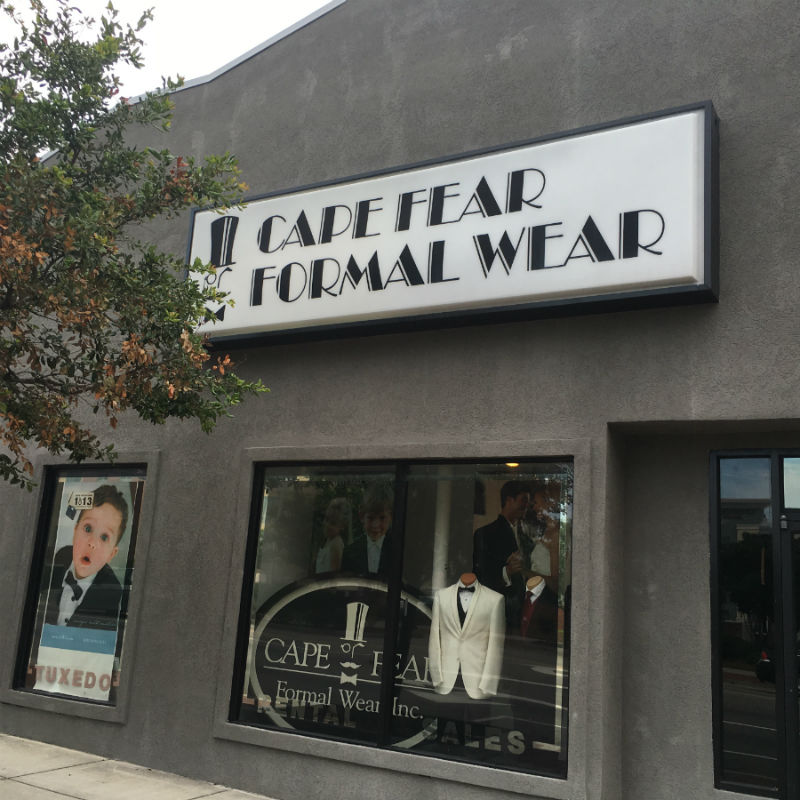 The property occupied by Cape Fear Formal Wear on North Third Street has changed hands, but the business will remain there for now. (Photo by Cece Nunn)
The hotel investors who developed the new Hampton Inn on Grace Street recently bought another property in downtown Wilmington.

Mike Patel, one of the hotel investors involved in the Third Street deal and the Hampton Inn at 225 Grace St., said of the property's future, "Right now we’re just holding onto it. Our options are open."

Patel is based in Knoxville, Tennessee.

Before a downturn in the market for formal wear retailers, Cape Fear Formal Wear had wholesale customers in 38 states and had six retail locations.

The business was started in Wilmington by Hovis' parents-in-law, Jim and Gloria Yedlicka, who are both deceased.

These days, the focus for Cape Fear Formal Wear is on its remaining store and warehouse in Wilmington, Hovis said.

He said the business would remain in Wilmington but could be at a different location in the future. Meanwhile, Port City Hospitality's investors are part of "a very focused company, and they've realized that Wilmington is a nice market to be in," said Hovis, who has worked with the company as a commercial broker and is also involved in independent contracting for development and business growth.