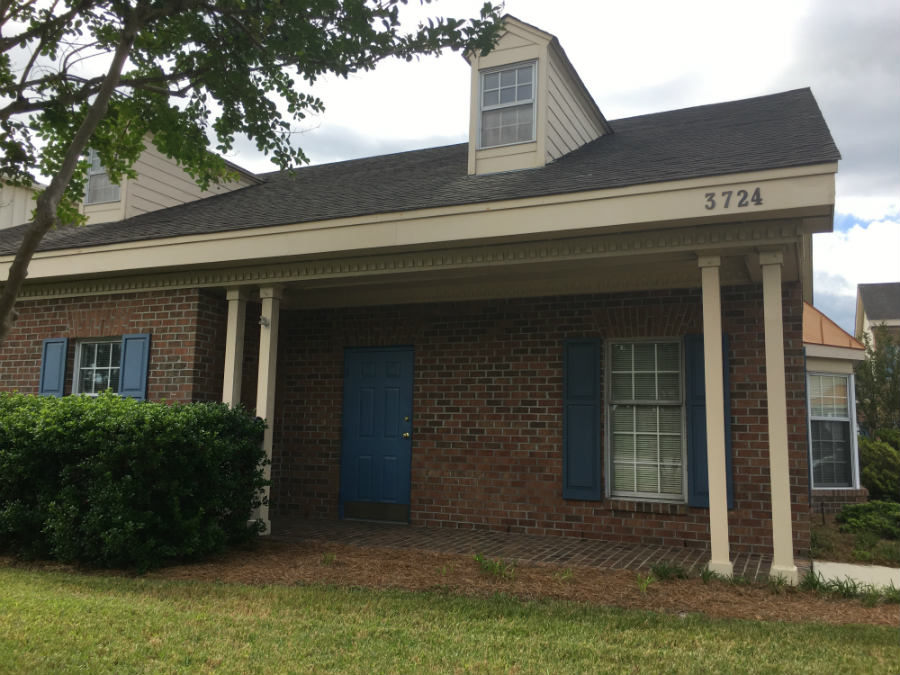 Lanier Property Group is moving from Coworx space at Barclay Commons, 2512 Independence Blvd., to an office in a house at 3724 Shipyard Blvd. (Photo by Stephanie Lanier)
A real estate firm is moving to a new location as the co-working space where the company started also prepares to relocate.

Lanier Property Group, a boutique firm that specializes in residential real estate, will move in about two weeks to 3724 Shipyard Blvd. from nearby Barclay Commons, said Stephanie Lanier, the company's co-founder and broker in charge, on Thursday.

Meanwhile, the owner and founder of Coworx, a co-working space for fledgling companies that has been located in the Barclay Commons retail-office complex for nearly five years, plans to move his business to a mixed-use development being planned off Queen Street between 15th and 16th streets.

Lanier Property Group moved to Coworx, 2512 Independence Blvd. in midtown Wilmington, in November 2012 after getting started out of agents' homes in August of that year, Lanier said.

"We're a small business and we know how hard it is to build a small business, and it's been nice to be in that community of entrepreneurs and friends," Lanier said of her firm's start at Coworx. "We're grateful, but it's time, and as we've grown, your needs change. We're excited to have our own midtown spot."

The company used to share the Coworx space with, among others, Next Glass and Untappd, startup tech companies that have since moved to 21 N. Front St. in downtown Wilmington.

"It's our turn now to move out and to grow and spread our wings," Lanier said.

Lanier Property Group has steadily expanded over the years to include 13 real estate agents and three support staff members, Lanier said. The firm's new leased space is about 2,000 square feet.

"We've been there for five years coming up in June, and so I decided to kind of take a step back and think about the Coworx business and what I've learned over the past five or six years doing the co-working thing," Kristof said Thursday. "I decided to just take CoWorx in a slightly different direction and wanted to feature something kind of unique."

The process of determining the next step led him to cross paths with Leslie Smith, owner of L S Smith Inc, who had been working on designs to incorporate shipping containers in apartments and office and retail space in and around the nearly 70-year-old Quonset hut at 614 S. 16th St. in Wilmington.

Kristof said the two decided to collaborate on the project, what will be a live-work community that they've dubbed The Cargo District because of its use of shipping containers.

At the moment, they're hashing out how they can weave the co-working space into the new development, Kristof said, and he hopes to get the first co-working spaces open in The Cargo District in the next three to four months.

Of Lanier Property Group and Stephanie Lanier, Kristof said, "She was one of the very first tenants of Coworx  . . . and she really stuck with that space and she liked that model, and it allowed her the flexibility to grow her business."

Lanier said the design of her firm's new office space will feel like a home, with clients able to come into the company's "living room" and see pictures of the Lanier Property Group team and their families.

Staying in midtown was important to Lanier, who has been working with other businesses and organizations in the area to raise the profile of Wilmington's midtown district.

"We love midtown, and we've been cheerleaders and champs of the area. We think it's the next big thing in Wilmington . . . it's a place we want to be, but also the data shows that this is going to be where the residential real estate is going to happen. It's a really exciting time for everybody who's been in midtown," she said.