Developers At Downtown Event Describe Projects In The Works 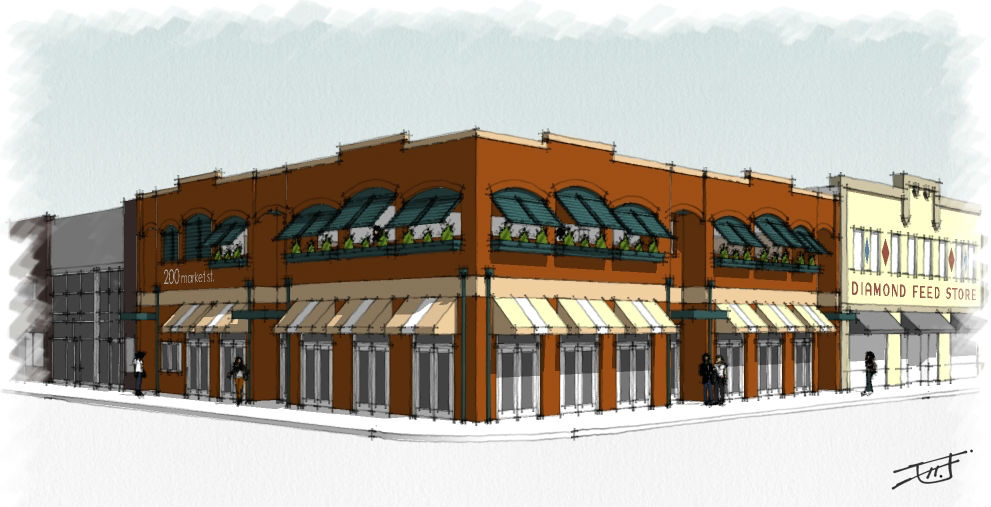 "We started this revitalization movement in downtown Wilmington in 1978 as a public-private partnership, and it has succeeded," Merritt told a crowd of about 250 businesspeople at a Wilmington Downtown Inc. event Thursday night.

Merritt and three other people involved in current downtown projects shared information about their developments for WDI's Downtown Economic Series session, Downtown Growth: A Growler of Projects, held at the Coastline Conference and Event Center.

Merritt and partner John Sutton are working to create a two-story, 10,000-square-foot building with small retail spaces in the bottom and an entertainment facility on top at 200 Market St.

The building replaces a parking lot and will increase the city's tax base by an estimated $1.5 million, Merritt said. It is also expected to add eight or nine new businesses and result in about $250,000 a year in sales tax revenues, he said.

"I'm a big believer in infill development," Merritt said. "I do not believe that the highest and best use of vacant land in downtown Wilmington is for parking, at least small vacant land."

"We're trying to save these old buildings. It's a great time to be doing it in Wilmington ... There's a lot of product to work with here," Wallace said.

Poteat Hospitality bought the Coastline Conference and Event Center and Best Western after a search that started in 2007.

"This project is a major investment in the future of Wilmington," McLamb said.

Preservation of the historic building that houses the conference and event center, which will be incorporated into the project, is a priority, McLamb said. Groundbreaking on the Aloft Hotel is expected to take place in the first quarter of 2018, with an estimated 16-month completion schedule.

A different set of developers hope to break ground on another project, NoFo Lofts at 1101 N. Fourth St., around the first of the year in 2018, architect Clark Hipp said Thursday night.

"They require commitment, local, long-term commitment from people, and that's how these things get done," he said.