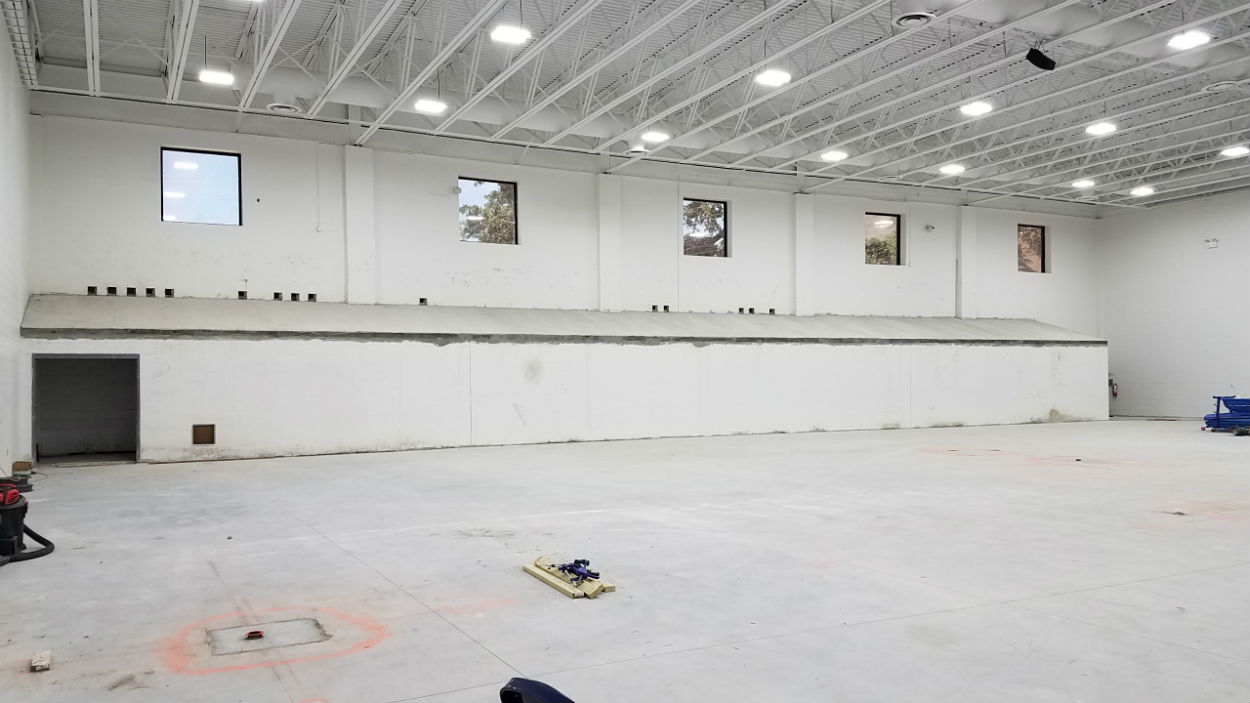 The interior of the Schwartz Center gym has new LED lighting and the concrete slab is prepared for installation of the wood sports floor. (Photo courtesy of Cape Fear Community College)
The Cape Fear Community College Schwartz Center is closed to events because of renovations, and administrators have not made decisions on whether the center will be open to outside events when the work is completed, said CFCC external events coordinator Debi Causey.

The college celebrated breaking ground on the renovation project for the home of the basketball and volleyball teams at the beginning of this year, and the changes are expected to be finished in early January. Renovation costs were estimated to be $4.2 million as of June 2017.

Sonya Johnson, director of marketing and communications at CFCC, said the college has alternate spaces for events on campus, which vary depending on the size of the event.

Johnson said the renovations include the addition of 6,000 square feet to the facility's existing 23,000 square feet. There will be an updated lobby section, including new floors and new lighting.

There will also be men’s and women’s team rooms, showers, training rooms, locker rooms for visiting teams and storage space.

Renovations in the gym include under-bleacher storage, a referee locker room and installation of a wood sports floor on a sleeper system aimed at making the floor safer and resilient. The roof will also be replaced.

One non-college event that took place at the Schwartz Center is the Coastal Living Show, which is hosted by the Wilmington Woman’s Club. The show was held at the center until 2016. It moved to the Wilmington Convention Center in 2017.

Another is the Cape Fear Habitat Restore Annual Upscale Resale and Design Challenge, which had been held at the Schwartz Center since it began in 2014. This year the event changed venues to The ArtWorks in Wilmington.