Schwartz Center Renovations Expected To Begin By This Fall 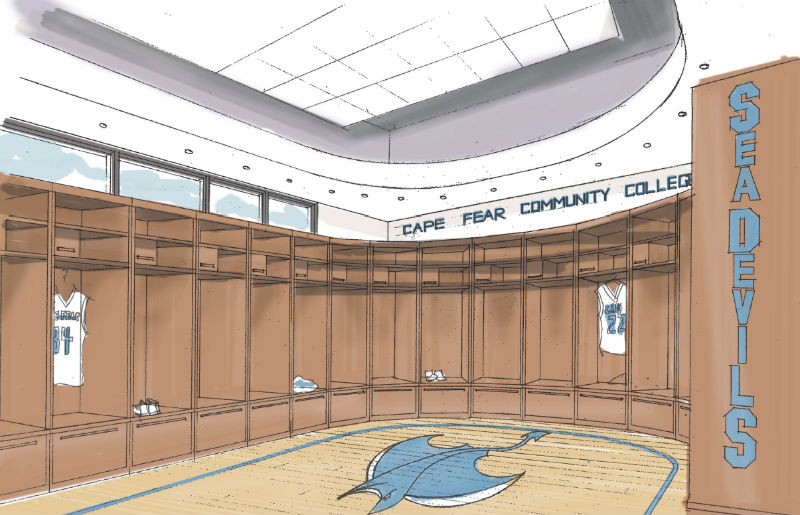 The $4.2 million project, which is currently undergoing city and state regulatory reviews, will involve a number of improvements, including adding 6,200 square feet to the center at 601 N. Front St.

The addition will house new locker rooms and a team/multi-purpose room.

The project also includes a new resilient wood strip flooring system in the gym, a new bleacher system and a new scoreboard, the addition of storage under the bleachers, replacing the roof, heating and air conditioning upgrades and more as funding allows, officials said.

"At the time it was built [1998], our facility's picture was a lot different than it is now," said David Kanoy, director of capital projects for CFCC. "Now we have other meetings facilities; we have other places for theater; we no longer have our graduation in that building. So basically it was time to freshen it up and also kind of re-dedicate it to the athletic programs."

Funding for the project, which has a goal for CFCC for several years, is coming from the 2008 New Hanover County bond referendum, saved student athletic fees and a capital campaign to raise $800,000 that includes applying for regional and national grants.

Kanoy said he expects the project to be complete about eight months after construction begins, and no street closures will be necessary. The project means the school's basketball and volleyball teams will be playing at alternate locations this fall.

Architecture and planning firm LS3P is designing the project, and bids for contractors are expected to be considered this summer, Kanoy said.

CFCC spokeswoman Rachel Nadeau said, "This renovation is going to heighten the experience for both student athletes and for our fans."