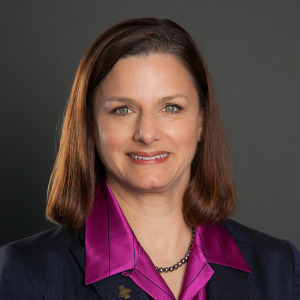 This Insights article was co-written with Erin McNally, Marketing Specialist for ILM.

One of the most frequent questions from airline passengers is “How early do I need to arrive at the airport before my flight?”

It’s a legitimate concern and should be part of the planning checklist for any trip requiring a plane ticket.  With the Thanksgiving and Christmas Holidays ahead, now is the time to book your flights from Wilmington International Airport (ILM) to your final destination.

While you are thinking ahead and considering how early you may need to get up for an early morning flight at ILM, go ahead and schedule an appointment for your TSA Precheck. The process is quick, easy and worth the investment.

Precheck has been in use since 2011, and it is a program developed by the TSA as a trusted-traveler program.  Because the program thoroughly vets passengers prior to arriving at the airport, security screening at the checkpoint is streamlined.

It’s important to note that successfully completing Precheck awards the pre-vetted passenger a Known Traveler Number (TKN) that allows them access to Precheck lanes at airports in the US for a period of five years.

For the price of $85, a traveler can have a fast pass ticket for TSA screening during that 5 year time period. That’s the equivalent of just $17 a year! Children under 12 years of age are free to the program if they travel with their parent. Overall, it’s quite a bargain.

In addition to a shorter wait in line, TSA Precheck lanes have streamlined divesting processes.  Passengers can keep their 3oz liquid bottles in their carry on and do not have to take off shoes, light jackets, and hats.  To many, the thought of walking barefoot through a public building is motivation to get Precheck.

How does it work?

So, as you plan your upcoming travel from Wilmington International Airport (via American Airlines, United, or Delta) make sure you also apply for TSA Precheck to save time at the airport.

Julie Wilsey has been the Airport Director of Wilmington International Airport (ILM) since December 2013. After six years as an Army Engineer officer, Julie joined the ILM team as the Director of Facilities.Since 1999, she has helped ILM grow with airfield and facility improvements, completing over $100 million worth of capital projects. A career milestone includes earning her accreditation as an airport executive with the American Association of Airport Executives in 2008. Julie holds an MBA from Embry Riddle Aeronautical University and a Bachelor’s Degree from the United States Military Academy at West Point. An active member of the community and aviation industry, Julie serves on the North Carolina Environmental Management Commission, the NC Aviation Task Force, Cape Fear Area United Way Board of Directors the Downtown Wilmington Rotary Club, WILMA, the North Carolina Airport Association and the Southeast AAAE. Julie is married to LTC (Ret) Donald Wilsey, USA, has a stepdaughter, Lauren, and two cats.