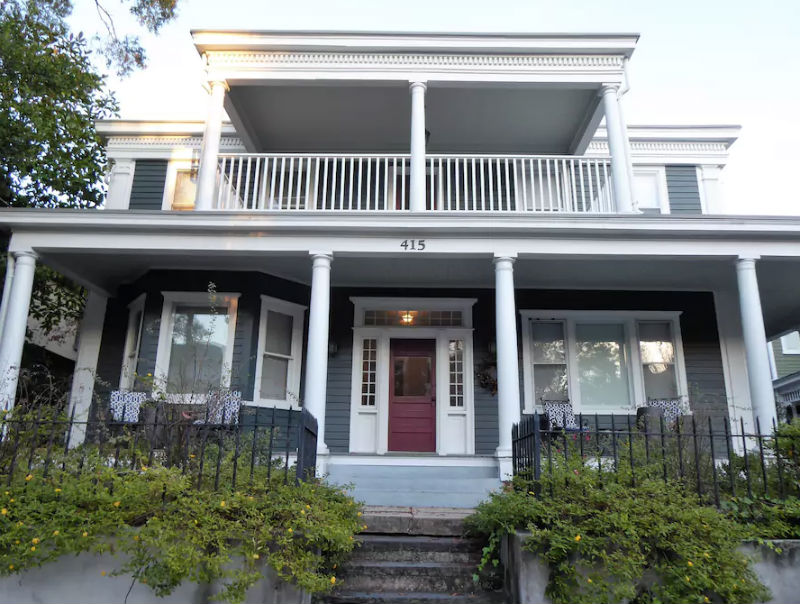 Also in New Hanover, which includes the seaside towns of Carolina Beach, Kure Beach and Wrightsville Beach along with the city of Wilmington, there were 56,200 guest arrivals last year, the Airbnb figures show.

Airbnb is one of several sites where visitors to the area can book rooms outside of traditional hotel rooms, pointed out David Billitto, who along with his wife, Pam Jorgenson, owns rental properties throughout the state that are available on Airbnb.com. Their properties include Nacho Mama's Bed and Snack at 415 S. Front St. in downtown Wilmington, which opened late last year.

"Just that small little snapshot shows that there is a level of significance here that the city and the county should embrace," Billitto said of Airbnb's regional figures from last year. As part of a debate that has been ongoing since 2015, Billitto and other rental property owners have been vocal opponents to potential city of Wilmington code changes that they say could decimate the local short-term rental industry.

The Airbnb host income figure for Brunswick County was $2.5 million last year, $720,000 for Pender County, according to the company's records. Brunswick saw 16,800 guest arrivals, and there were nearly 5,000 in Pender in 2017. The 2016 county-by-county numbers for the Cape Fear region weren't readily available Monday.

Wilmington ranked No. 4 in the state for host income and guest arrivals in 2016, behind third-place Raleigh, second-place Charlotte and Asheville, the No. 1 city on the North Carolina list. Last week, the Asheville City Council voted to restrict rentals in its downtown historic district, according to an Asheville Citizen-Times story Jan. 9. The change means only rentals that already had city permits before the vote could continue to operate while new vacation rentals would need special permission from the council, the story said.

According to AirDNA.co, a website that analyzes market trends from Airbnb data, the Wilmington market overall had more than 500 active whole-house and private room rentals as of Monday.

Carolina Beach ranked No. 11 in the state in 2016, with $985,000 in host income and 6,200 guest arrivals. Airbnb's 2017 numbers for North Carolina are expected to be available later this month, an Airbnb spokesperson said.

Traditionally, Airbnb has maintained an urban appeal when it comes to host offerings on the website, said Mike Harrington, president of Topsail Realty Vacations and 2018 president of an international trade group that represents the vacation rental property management and hospitality industries, the Vacation Rental Management Association.

"It's actually a cheaper way to market and operate versus VRBO [Vacation Rentals By Owner] and HomeAway now. People like me who have professional management companies are just starting to toy with Airbnb sort of as a distribution platform, but there's still a long way to go for how they operate versus how we operate and linking up systems and all that sort of stuff," Harrington said. "It's quickly becoming a preferred distribution site for people."

Airbnb and other websites that allow property owners to offer short-term lodging listings online will likely continue to be the subject of discussion in Wilmington this year as city officials look at potential changes to short-term lodging rules.

A Jan. 3 Wilmington Planning Commission meeting to discuss potential changes was postponed because of Winter Storm Grayson and rescheduled to Jan. 29. On the agenda is a proposal to change the city's land development code to add "whole-house lodging" and "homestay lodging" as uses permitted with numerous conditions and delete "guest lodging" as a use.

The proposal distinguishes between whole-house lodging properties that have a principal resident and are rented while that resident is away or have onsite supervision (type 1) and those that do not have a principal resident and are only used for lodging (type II). The type II whole-house lodgings would have a separation requirement of 400 feet within 1945 corporate limits and 650 feet outside of 1945 corporate limits, measured from parcel lines, according to the proposal.

Correction: This version has been changed to correct the address for AirDNA.co.