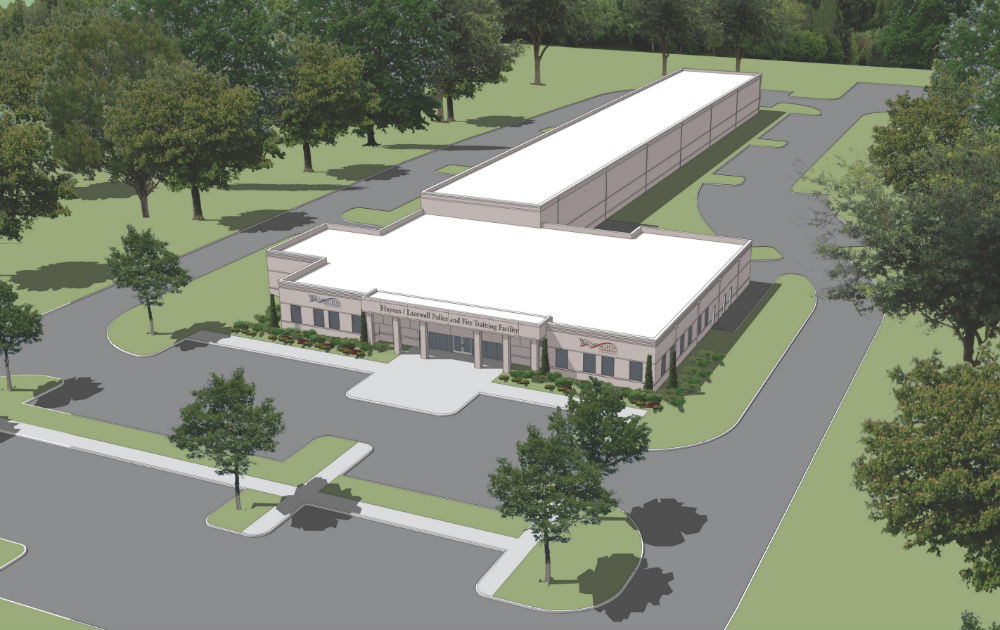 A city of Wilmington rendering shows what the Haynes/Lacewell Police and Fire Training Facility will look like. Crews have been clearing a site near Maides Park to prepare for construction of the facility. (Courtesy of the city of Wilmington)

Construction of Wilmington's $9.1 million police and fire training facility is expected to begin early next year, according to a news release Wednesday.

Crews are almost done clearing the area where the Haynes/Lacewell Police and Fire Training Facility will be built, the city of Wilmington release said, with utility work set to begin by the end of December.

"The facility will provide a greater police presence in this area with a police substation and a secure, indoor firing range that is not only environmentally friendly, but is also not expected to have any noise impact to nearby neighborhoods," the release stated.

In July, the Wilmington City Council awarded the contract to build the facility to Clancy & Theys Construction Co.

City officials first announced that Wilmington was buying the 46 acres in 2016.

Construction of the facility is expected to be complete by the end of 2019, the release stated.