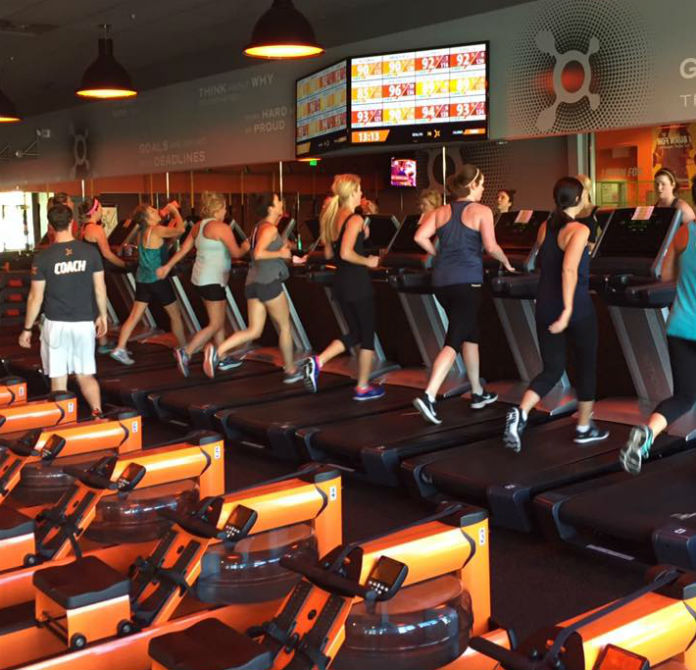 Other new businesses, apartments and office space are also on the way to the Barclay development.

Orangetheory Fitness uses high-intensity interval training (HIIT), "which has proven to burn more calories post-workout," Shifflette explained. "Every workout, you're led by a skilled coach to make sure you're not overtraining or undertraining."

"Everybody wears heart rate monitors and that's the technology side of things that's constantly evolving and improving," Shifflette said.

The grand opening at Barclay is expected to take place Dec. 28, with VIP workouts to be scheduled starting around Dec. 16.

"Priority [for the VIP sessions] is given to our founding members and guests, so it's just more incentive to come and check us out before Dec. 16," Shifflette said.

The Orangetheory Fitness at Mayfaire Community Center opened last year. The new location, in about 3,200 square feet in Building No. 10 at The Pointe at Barclay, will have about five fitness coaches and five to seven sales and customer service employees.

Coldwell Banker Commercial SunCoast brokers Cody Cress and Tyler Pegg of The Cress Group in Wilmington represented Shifflette in the lease at The Pointe at Barclay.

The Pointe at Barclay, a development by Wilmington-based Cameron Management and Charlotte-based Collett, is anchored by Stone Theatres' The Pointe 14 cineplex. Other businesses that have already opened at The Pointe include Starbucks, which began welcoming customers recently, Grand Nail Salon, Il Forno Pizzeria, Zocalo Street Food and Tequila, Tavern on 17th, Duck Donuts and Far from France.
Also in the Barclay development are apartments by Cameron Management and Childress Klein, some complete and some still under construction. Some residents have already moved in, and leasing at The Element is going well, said Hill Rogers, broker in charge of Cameron Mangement.

The first phase of the apartment complex, comprised of 258 units, is expected to be done by February, and work on Phase 2 of The Element could start in June, Rogers said.

In addition to new apartments, new businesses are also on the list of what's opening in midtown's future. Also signed up for space at The Pointe at Barclay are an office of Intracoastal Realty Corp., Waxing the City, an I Love Juice Bar, Club Pilates, Nori Asian Fusion & Sushi Bar, SportClips, a Which Wich sandwich shop, a Chops Deli concept and Peno Mediterranean Grill.