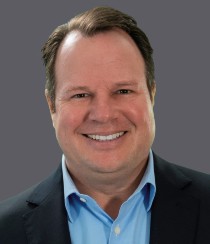 “We are excited to welcome Bill for the role of chief executive officer,” said Tim Wright, chairman of Isosceles' board of directors, in a press release. “His extensive background in the pharmaceutical industry will provide invaluable leadership as Isosceles achieves its strategic growth milestones.”

Humphries comes to his new role having been president of Ortho Dermatologists, a subsidiary of Bausch Health Companies in the Raleigh-Durham area, according to the release.

He has had global executive leadership positions at Merz North America, GlaxoSmithKline, Stiefel Laboratories and Allergan.

"I would like to thank Tim and the Isosceles team for welcoming me to company,” Humphries said in the release. “I was attracted to Isosceles by their focus on the pursuit of innovative solutions for safe, novel non-opioid pain relief and the passion the team has for delivering these important products to the market.”

“I look forward to leveraging my experience to accelerate the company’s development plans and lead Isosceles as it unlocks its full potential,” he added.

Isosceles Pharmaceuticals was founded in 2019 by company president Brett Lanier, and the company has developed a method for delivering drugs intravenously or through a skin patch.

The startup has received early-stage funding and won the inaugural NC BIONEER Venture Challenge, a competition with the goal of enhancing life sciences and biotechnology business ventures in the region.