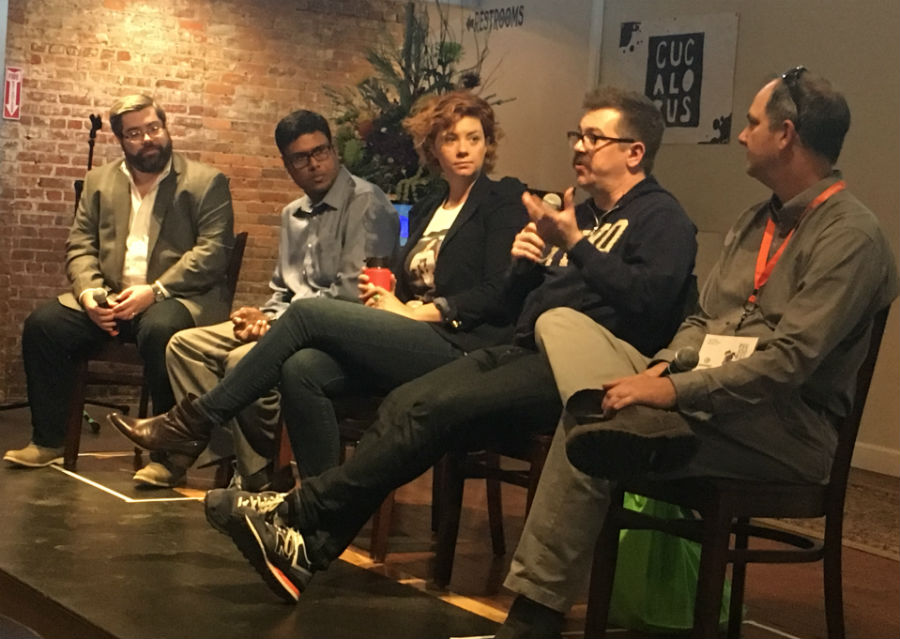 Although "tech" is a key word in the world of entrepreneurship, connecting to people is also key.

That’s one of the themes local and national experts shared as they provided insight Thursday into the realms of crowdfunding and startup ecosystems at Cucalorus Connect Conference sessions.

"In the past couple of years crowdfunding that was used in the nonprofit world, in the creative world, has now been transferred into the investment world,” said Leo John, a specialist with the N.C. Secretary of State’s office in its securities division.

During a Connect Conference event Thursday morning at Ironclad Brewery in downtown Wilmington, John explained some aspects of federal laws and recent state legislation that is enabling more investors to take part in crowdfunding. In its second year, the Cucalorus Connect Conference started Wednesday and runs through Sunday.

John was part of a panel of experts who participated in "The Evolving State of Crowdfunding" discussion. Also on the panel was Erica Anderson, co-founder and head of crowdfunding and education at Seed & Spark, a platform for filmmakers and film enthusiasts.

Anderson said community outreach and connecting with your investors and audience in real life can be vital to raising the necessary funding for creating films, and keeping investors enthusiastic about future projects. Often, film projects provide incentives to those providing the funding, but it’s important to know what incentives will create the most enthusiasm, Anderson said.

“For me, the incentives aspect has to come from a conversation with the people that are going to be interested in what you’re doing and what would actually interest them,” Anderson said.

“What we do is we create what planners call a sense of ownership of revitalizing areas whether it’s a downtown or a corridor or a piece of property,” Henry said Thursday.

That revitalization can often involve smaller projects where those with the redevelopment ideas need to be connected to financing outside of the traditional bank-developer relationship, Henry said.

During an afternoon Connect Conference session on nurturing startup communities, Jim Roberts, founder of the Network for Entrepreneurs in Wilmington, said the Port City's current ecosystem is only about 3 years old but has three startups receiving awards at the N.C. Technology Association Awards Gala this evening: Performance Culture, Lapetus and Likeli.

Roberts said despite the successes, Wilmington's startup ecosystem still needs some things to happen before realizing its full potential, including an exit event.

“We need an acquisition. We need a Next Glass to sell for the $50 [million]-$100 million that they’re aiming for. We need something like nCino to have their IPO which is where they’re headed,” Roberts said.

He introduced a group of experts on startups that included Stanfield Gray, founder of DIG SOUTH, a rapidly growing conference showcasing technology and entrepreneurship that will be held in Charleston, South Carolina next year from April 25-27. Doug Speight, CODE2040 entrepreneur in residence at American Underground in Durham; Polly Harman, CEO of medical device company Pursuit Enterprises; and Michael Barbera, a Fortune 50 consumer psychologist, also spoke during the session.