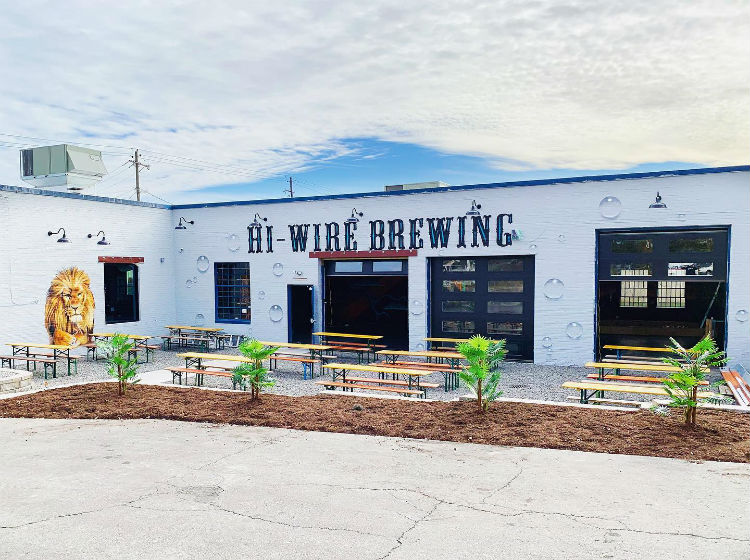 The Asheville-based brewery announced in July its plans to open a fifth location, this one in the Port City's Soda Pop District. The brewery also operates two taprooms in the Asheville area, one in Durham and one in Knoxville, Tennessee.

A former car dealership and then home to Carolina Carburetor Specialists since 1983, the Princess Street space appealed to the owners of Hi-Wire Brewing for a number of reasons, including its size and historical aspects.

"We just love it. It's bright and open," said Adam Charnack, co-owner of Hi-Wire Brewing with Chris Frosaker. "It's got a ton of character and we like reusing older buildings. We also like being in town, being in a great location that's easy to get to and just trying to be part of the community."

Charnack said the taproom will have 20 beers on tap, roughly half of which "you just can't find anywhere else." Those unique beers can include barrel-aged sour beers, pilot batches and limited editions.

Four other taps will carry a local or regional cider on draft, red wine, white wine and prosecco.

"We want to have something for everybody," Charnack said. "There's always an option here, which we think is pretty cool."

All of Hi-Wire's beer is brewed in Asheville, but the brewery has been distributing beer in the Port City since 2015.

"We've got a finely tuned system," Charnack said. "It's best for us to keep everything consistent and brew it all in Asheville, and there are trucks coming between Asheville and Wilmington multiple times a month."

Charnack said their goal is to open the Wilmington taproom before the new year.

To receive updates on an exact opening date, Charnack said, "the best way to stay in touch is really to follow us on Facebook and Instgram."