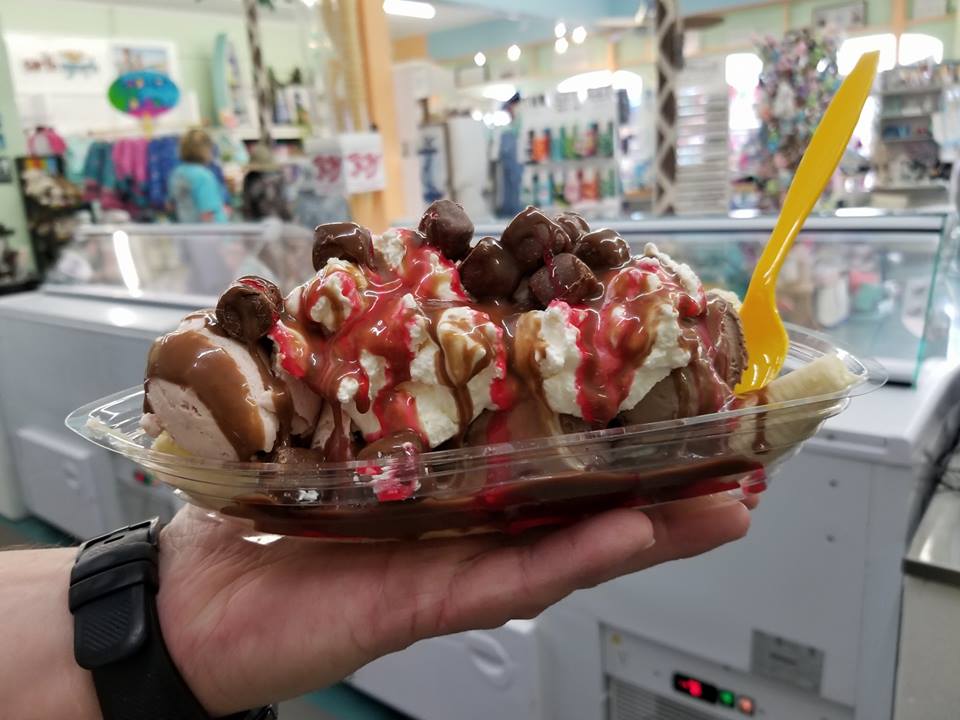 The Hogans bought the building at the end of 2017, and opened their businesses on the first floor at the start of the 2018 summer season. They intended to stay open year round, but catastrophic roof and water damage necessitated a seven-month restoration, and the installation of all new equipment for the creamery.

The story behind Celtic Creamery and its ice cream began when Jeff Hogan and his family visited Sundaes ice cream parlor in Ballybunion, Ireland, while on vacation several years ago. Hogan said Sundaes served the best ice cream he’d ever tasted and he asked owners Joanna and Kevin McCarthy right away if they’d considered franchising. While the McCarthys said they were asked that question frequently, they had no intention of doing so.

The Hogans visited the shop again a year later and that time, Jeff’s father ended up purchasing a home in Ballybunion. The home ended up being right down the road from the McCarthys, and over the next few years the families became friends. Jeff, who also owns Hang Ten Grill in Carolina Beach, continued to express interest in bringing Joanna’s recipes to the U.S., but it would be another four years before she would agree to a partnership.

The Hogans say Joanna was instrumental in helping them to select the right cream for the recipes, traveling with them to dairies across the state to taste-test. Once the right cream was discovered, she taught them how to make the ice cream, a process Jeff sees to himself on a daily basis.

“My employees ask me why I’m the only one who makes the ice cream, and I say, ‘like the Colonel and his special seasoning, I have to keep my recipes secret,’” Hogan said.

Hogan uses fresh cream and all-natural ingredients to create the rotating selection of 14 ice creams available daily. The shop serves cups and cones as well as sundaes, milkshakes and pints to go. They also make hot cake doughnuts to order, serving creations such as the Surfer Special, four mini hot doughnuts topped with two scoops of ice cream and fresh-made whipped cream, and the Tummy Trembler, a family-style concoction of eight mini doughnuts and a split banana topped with six scoops of ice cream and a boatload of toppings.

Because Hogan uses all fresh fruits to flavor his ice creams, certain flavors, such as peach, are only made when the fruits are in season and at peak flavor.

“When you’re not using extra sweeteners, you want the fruit to be at its best,” Hogan said. “It really makes a huge difference.”