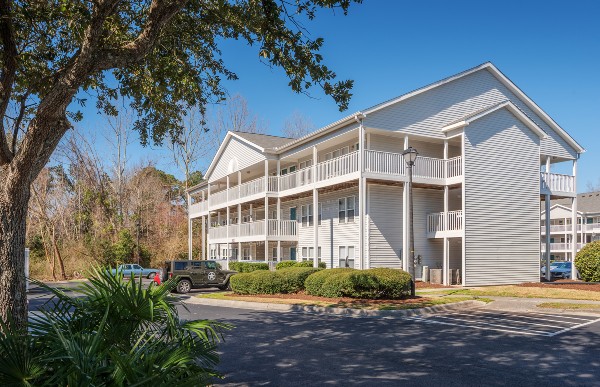 According to the Cushman & Wakefield release, both properties are top performers in their submarket with a 98% occupancy average over the past 15 months.

“Hawthorne Centre North and Hawthorne Lofts South offer an incredible opportunity for future organic growth, as well as prime platforms for value-add initiatives,” Marley said in the release. “Wilmington has exploded in population due to in-migration accelerated by the pandemic and will continue to draw remote workers who love the affordable beach lifestyle.”

The companies are building 286 apartments in an as-yet-unnamed complex on 18 acres. They previously partnered on nearby Element Barclay, a 405-unit apartment complex.

“The [Wilmington] market has been terrific,” said Kelly Dunbar, partner with Childress Klein. “We've seen a high demand for high-end luxury apartments as indicative of the traffic and leasing at Element Barclay. And we’re excited to bring another outstanding apartment community to Wilmington in that submarket.”

Construction on the midtown Wilmington site is underway and could be complete in 12 months, said Hill Rogers, broker in charge of Cameron Management.

The clubhouse and amenity center could be finished by the first of the year and the first buildings in lease-up in late winter or early spring.

Of the lease-up expectations for the new project, Rogers said, “If demand maintains its current levels then we feel very good about it. We see no reason to believe that that will change.”

The architect for the apartment development is Charlotte-based The Housing Studio, and Harold K. Jordan & Co. Inc. will be the general contractor. Josh Mihaly is the land planner and landscape architect, and Paramounte Engineering is the civil engineer.