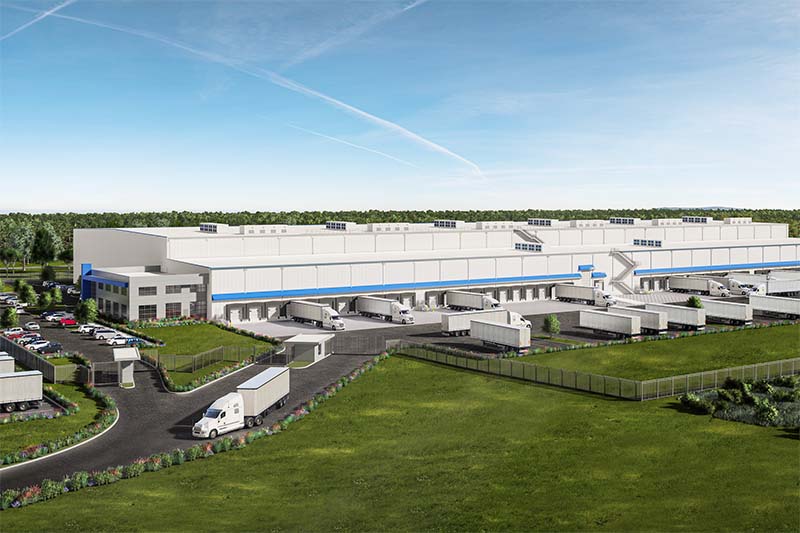 Performance Team has signed an operating agreement with RL Cold, a development firm in the midst of constructing a nearly 285,000-square-foot facility in the Pender Commerce Park.

“Maersk is the largest shipping line in the world, a marquee name in global commerce, and for them to plant a bricks-and-mortar flag here is a game-changer for the entire region,” said Wilmington Business Development CEO Scott Satterfield.

The partnership fits neatly with other industry leaders that have found the Pender Commerce Park to be “the ideal backdrop for their expanding operations,” Satterfield said. “The arrival of Maersk-owned Performance Team reinforces the expectation that we’ve always had about Pender Commerce Park’s potential to support North Carolina’s agribusiness sector, connecting the state's poultry, pork, sweet potatoes and other products with hungry consumers around the world.”

RL Cold will continue to own the facility while Performance Team will oversee day-to-day operations. The operator manages more than 150 distribution and fulfillment centers in North America, according to a release.

In its announcement, Performance Team cited the state's prolific livestock industry. “North Carolina accounts for 10% of total U.S. pork exports (as the 3rd largest in pork production), the 7th largest in poultry production and the largest in sweet potato production,” the release states.

Nearby Duplin, Sampson and Bladen counties are in the state’s top three hog producers, according to a recent federal and state statistics report.

The Pender County facility will target refrigerated markets of poultry, pork, bananas, potatoes and seafood. “It is ideally located close to 27 refrigerated commodity production sites within 80 miles and can reach 225 million consumers within a 1-2 day transit,” the release states.

The $100 million facility broke ground in April. Lewis anticipates opening the facility in August 2023 and said progress on the build is going well.

RL Cold and Performance Team have teamed up on two other locations that opened this year in Ridgeville, South Carolina (just outside the Charleston market) and Houston, Texas.

The Wilmington facility was developed “build-to-spec,” Lewis said. “When we go to market, we’ve already identified they’re underserved,” he said.

Strides in refrigerated (reefer) infrastructure at the Port of Wilmington helped influence RL Cold’s decision to invest in the region. Once the facility is running, it will stimulate a “massive influx” of goods through the port, Lewis said.

“If you build it, they will come,” he said. “If you build a cold storage facility, every time, reefer volume increases across that port – and that's just your standard cold storage building. When a shipping container company like Maersk is the one doing that, you would just expect that to be exacerbated.”

RL Cold’s building is among a roughly half-billion-dollar tranche of combined investments in cold storage facilities currently planned in the Wilmington region.