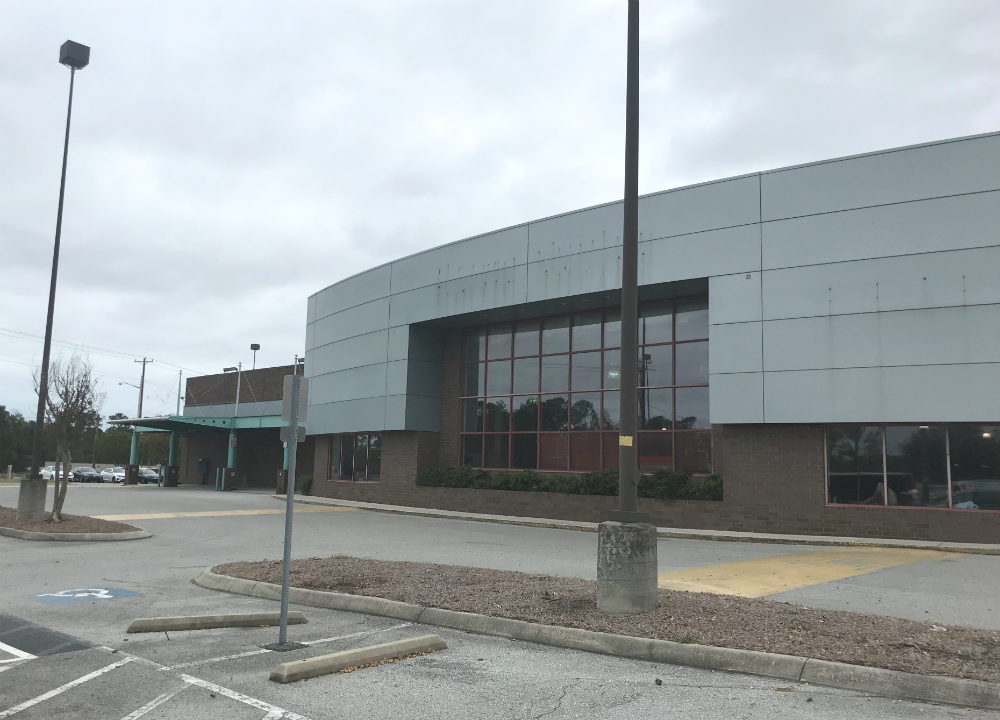 The former Harris Teeter space in Ogden Plaza off Market Street and Military Cutoff Road is set to become a new location for Planet Fitness. (Photo by Cece Nunn)

Local Planet Fitness operators plan to open a new, state-of-the-art location in the space formerly occupied by a Harris Teeter grocery store in Ogden, according to an announcement Monday.

The health club, which has more than 1,800 locations in the U.S., has signed a 10-year lease at Ogden Plaza. Harris Teeter closed its store there, 6840 N. Market St., in July last year.

"The Ogden Plaza location will be operated by Anchor Management Group, which is also the operator of two other Wilmington Planet Fitness locations on South Kerr Avenue and Monkey Junction," according to the release from Wilmington-based Cameron Management, which handles leasing and property management for the shopping center.

Seaside Fitness, an affiliate of Anchor Management, plans to invest over $2.8 million in the Ogden Plaza location "to make this a best-in-class health club," the release stated.

Joe Bernardini, partner in Seaside Fitness, said the new Planet Fitness will be huge, at 35,800 square feet. It will also include, for examples, more than 120 pieces of cardio equipment (treadmills, elliptical machines, etc.) and high-end locker rooms with four showers each.

Bernardini said he believes the new Planet Fitness will be an asset to the growing Mayfaire/Ogden area.

"We just want to make it a beautiful club for everybody and the price point's not changing," he said. "Everyone can reap the benefits of the memberships that we offer."

The opening date has yet to be determined, Bernardini said.

Built in 1980, Ogden Plaza itself was remodeled last year. The center "has always been great real estate” stated Hill Rogers, broker in charge with Cameron Management, in the release.

“The owners decided to make a considerable re-investment in the property last year because we believed in its location, even though we knew Harris Teeter  was going to ultimately vacate," Rogers said in the release. "That investment has reaped dividends with new leases with Ashley Furniture, Islands Fresh Mex Grill and now Planet Fitness."

With the addition of the Planet Fitness lease, occupancy at Ogden Plaza is above 80%. What's left  includes 24,000 square feet next to Ashley Furniture and 5,000 square feet close to Market Street.

Of the larger storefront, Rogers said in the release, “We are already fielding offers on that space, and are cautiously optimistic that we can announce another lease in the near future.”