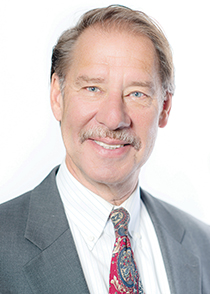 Tommy Taylor is the interim CEO of the United Way of the Cape Fear Area after the recent retirement of Craig Heim.

Heim took the helm in July 2017 after previous CEO Chris Nelson retired. Shortly before Heim took over, Nelson told the local nonprofit organization’s board “that the United Way must change to be what’s needed to be a successful leader in today’s climate ... Craig Heim was that change agent,” wrote Shaun Olsen, chairman of the organization's board of directors, in a letter dated Wednesday to community partners on behalf of the board.

Heim, Olsen added, “wasn’t afraid to say that we can be great, but it won’t be easy. Craig pushed on all fronts to determine the areas we were good and the ones we needed help.

"He started the conversations that were necessary and showed the renewed vision to focus on children, families and neighborhoods … our individual foundations," Olsen wrote. "It was a tough, challenging road, but he has paved the way for greatness. With his retirement, he’s left a solid vision and strong team in his wake.”

Taylor “brings a long history of non-profit acumen to the place and we’re proud to have him step in and take the reins while the board prepares for the future,” Olsen wrote.

He also thanked Heim on behalf of the board for his service, adding that the board wishes him "the very best.”