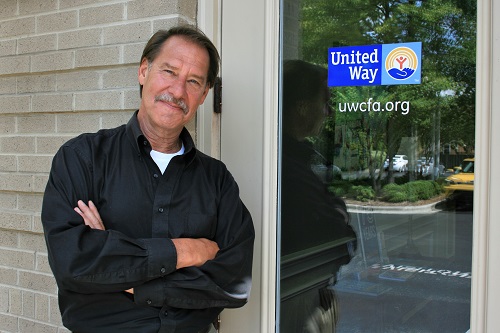 E. Craig Heim began his new role with the regional United Way on Monday and brings nearly 30 years’ experience to the local nonprofit organization. Heim replaces former CEO Chris Nelson, who announced his plans for retirement in late 2016. Nelson, who held the position since 2008, retired at the end of June.

Heim holds a bachelor’s degree from Syracuse University and comes to the Wilmington area from Syracuse, New York. This is Heim's ninth position with United Way since he began his career in Syracuse in 1978. He has since held roles with the organization in Columbus, Ohio; Grand Rapids, Michigan; Pittsburgh, Pennsylvania, and California's Silicon Valley area. His most recent position with the organization was with the United Way of Southeastern in Philadelphia and Southern New Jersey where he served as executive vice president.

He was publisher and editor-in-chief of his own monthly healthy living magazine in Pennsylvania. But Heim wanted to get back into the United Way, which he calls his “first love.” After 22 years living in Syracuse, he relocated to Wilmington after landing the job.

Heim plans to help the local United Way continue to grow and evolve in the Cape Fear area.

“My background is growing United Ways. And this is a very strong United Way in so many parts of the organization. But 10 years ago we were a million dollars more. And this $2 million United Way, if I’m successful at my personal mission, will grow well beyond the $3 million that we used to be and closer to $5 [million] because this community has the capacity to do that.”

In June, Nelson announced there would be a 10 percent decrease in funding for the area organizations the group serves due to a significant reduction in donations during its fundraising campaign for the 2017-18 fiscal year. The campaign had raised a little more than $2 million.

Heim said his first responsibility would be using the campaign experience that he has to “help inspire this community to grow to that greater capacity.”

To do that, Heim said he’s is focusing on how the organization approaches the community.

“We’ll do that not by soliciting people for money. It’s not a solicitation process … it’s a communications process,” he said. “So in the communities where I have operated before and where we were so successful, it was because we were able to present a message to people that says ‘Here’s where your money goes.’

“To be able to state a case that says when you give money through United Way, not to United Way, you are supporting a whole community through partnerships with human service agencies that use your money to change people’s lives,” Heim said.

Heim said he is ready to put boots on the ground to go out and meet with other local nonprofit agencies, business leaders, those in education and health organizations and people in the community to build more long-term, collaborative support.

This strategy, he said, has been implemented in Pittsburgh, Syracuse and Philadelphia.

“We don’t need more competitors. We need more partners that recognize we really are living in the same community together,” Heim said. “There’s a new partner in town that’s ready to collaborate on behalf of the community. We have no competitors … we’re one community.”

On top of building revenue, Heim said will be developing some of his goals for a more localized mission that focuses on several strategies in building strong children, families, neighborhoods and communities.

In his first days as CEO, Heim said he is also working to meet with members of the community and local business leaders. His first meeting with the group's board of directors is scheduled to take place Thursday, he said.

“The chance to work in the United Way, with the agencies, volunteers and the clients, it’s wonderful. I am so excited to be here,” Heim said.