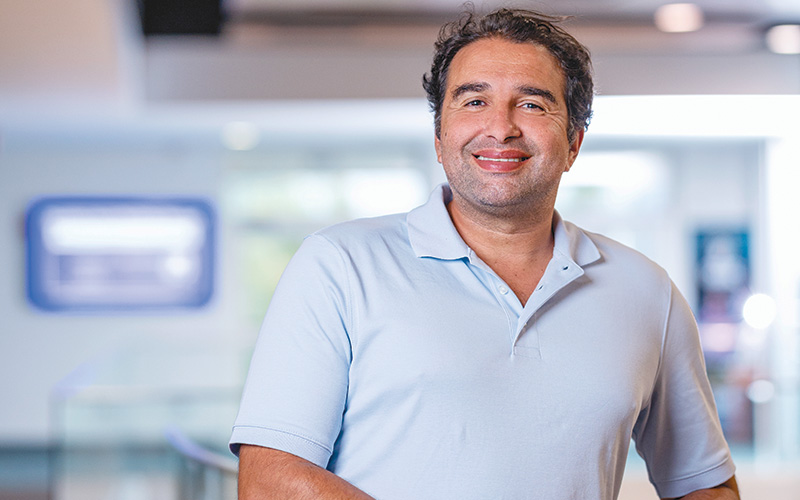 Mouhcine Guettabi, regional economist who is based at UNCW, will speak Oct. 6 at the WilmingtonBiz Conference & Expo. (Photo by Michael Cline Spencer)
By now, Mouhcine Guettabi is used to moving thousands of miles to establish new roots. He first did it when he headed to Edmond, Oklahoma, to attend the University of Central Oklahoma on a tennis scholarship, after growing up in Morocco.

After finishing his studies, earning a doctorate in economics with an emphasis on urban and regional economics from Oklahoma State University, Guettabi made his second major jump to Anchorage, Alaska. He spent about a decade there, where he was most recently an associate professor of economics for the University of Alaska Anchorage.

A combination of the Cape Fear region’s professional perks and its quality of life brought him back across the country to the University of North Carolina Wilmington. “Being in slightly different weather – warmer weather – was also super appealing,” Guettabi said.
Guettabi will speak about area economic trends Oct. 6 at the WilmingtonBiz Conference & Expo.

The role as UNCW’s new regional economist appears perfectly suited for Guettabi’s skill sets and interests: it entails teaching, independent research, and notably, frequent public engagement. In Alaska, Guettabi said he had grown accustomed to giving between 30 and 40 talks annually on a variety of economic topics.

“I’m a regional economist by training, meaning my field is regional economics, which is a field that is very much in touch with what makes small places tick, and how does space affect economic decisions by people and by businesses,” he said.

Guettabi officially started with UNCW in August 2021 but took over the reins from previous regional economist Adam Jones, who spent seven years in the role, this spring, according to a university spokesperson. Jones, who is now chair of the economics and finance department, said Guettabi is a welcome addition to UNCW, the Cameron School of Business and the community.

“Dr. Guettabi is an excellent regional economist and brings a wealth of knowledge with him, especially his experience with economic development and its effect on existing residents,” Jones said. “Importantly, he brings a combination of expertise, self-confidence and a sense of humility about the limits of economic forecasting and knowledge.”

In Alaska, Guettabi frequently testified before the Alaska Legislature and worked with lawmakers, often addressing the high-interest Alaska Permanent Fund Dividend, a program that gives residents $1,500 annually regardless of income. “It’s the closest example to universal basic income that we have,” Guettabi said.

The economic program provided bountiful fodder for Guettabi to research. Published in various reputable academic journals, Guettabi’s and his colleagues’ work addressed potential causal themes of the program, including its effect on crime, childhood obesity, labor force participation and employment. “The work was really challenging,” Guettabi said of his past few years of research into the program’s effects. “It was this kind of all-encompassing, broad agenda.”

Pressure to analyze the program mounted after oil prices – which generate a tax by which the Alaskan state government derives 90% of its revenue, according to Guettabi – crashed in 2014. During that fallout, he similarly worked with lawmakers to address economic questions instigated by dramatic budget deficits.

A central question, at least to Guettabi, emerged from studying the unique program. “As a government, if you only have a dollar,” he said, should it allocate that dollar to a social program or directly to the individual?

“That tension between government programs and government spending and the Alaska Permanent Fund Dividend has become very, very apparent as a result of fiscal stress,” he said.

In recent years, Guettabi has had papers published on a range of topics, including the economic effects of commercial fisheries, stand-your-ground laws, the housing market collapse and more.

The freedom to research topics of his choice is a draw that lured him to the field, he said.

“Obviously, we’re limited by data availability and timeliness and a bunch of other factors to try to figure out that nice balance between: Is it interesting? Is it important enough? Can it be answered? And should I be the one trying to answer it?” he said.

Sometimes, Guettabi said the line of questioning to determine what he researches involves considering whether the results would be publishable. But also, “a non-negligible portion of my job here is to think about applied questions as well – so not necessarily ones that are going to lead to an academic publication but are potentially going to help the community or the government or businesses understand the community a little bit better.”

Distilling complex data or topics for wide audiences is a “natural extension” of how he thinks, Guettabi said. This semester, he’s doing just that as a professor for two courses of principles of microeconomics.

“It’s always nice to get students who haven’t thought about economic concepts and try to kind of pitch those concepts to them and see sometimes the light bulb come on,” he said. “That’s a cool moment.” In addition to Wilmington’s regional economist and a national bank executive, a panel of local leaders addresses the topic of continued growth for the region during a discussion at the WilmingtonBiz Conference & Expo. 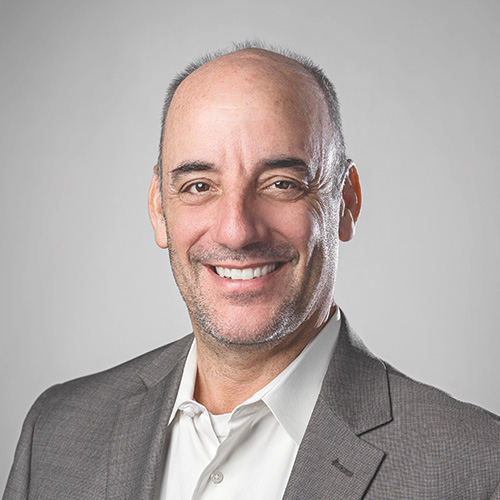 Jeff Bourk began his position as Wilmington International Airport’s Director on Jan. 3. He has more than 30 years of aviation experience, including 20 years focused on airport management.


In that time he has managed airports that are publicly and privately operated. Before ILM, Bourk served as executive director of Branson Airport in Hollister, Missouri, for 14 years. He was also assistant airport manager at Portland International Jetport for six years and worked in operations management roles for the Port Authority of New York and New Jersey at Teterboro Airport. 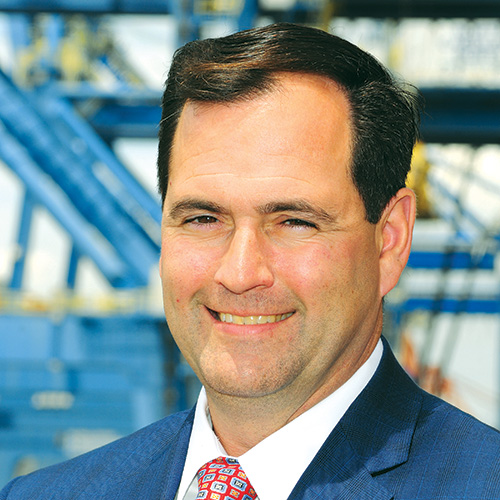 Brian Clark has served as executive director of the N.C. State Ports Authority since January of last year. Under Clark’s leadership, the ports have completed several critical infrastructure improvements, including the opening of a new South Gate container complex, the integration of new terminal and gate operating systems, container berth renovations, expansion of the turning basin, air draft improvements and the addition of three neo-Panamax cranes.

Clark is also overseeing the container terminal master plan aimed at increasing the capacity at the Port of Wilmington. 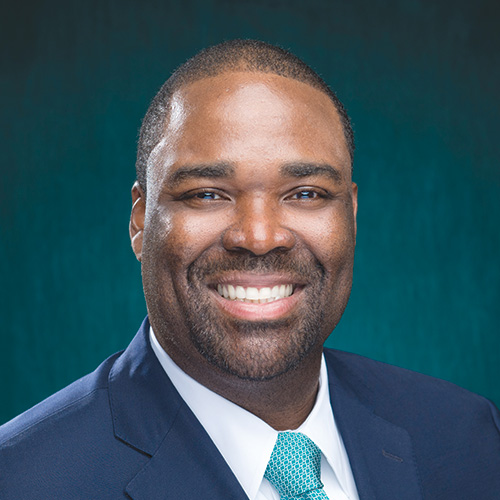 In his current role, Davis oversees the areas of housing and residence life; student extracurricular organizations; the Career Center; student physical and behavioral health; parent and family programs; transition programs; and other student-directed services. He operates with a $45 million budget and more than 1,000 staff and student employees. 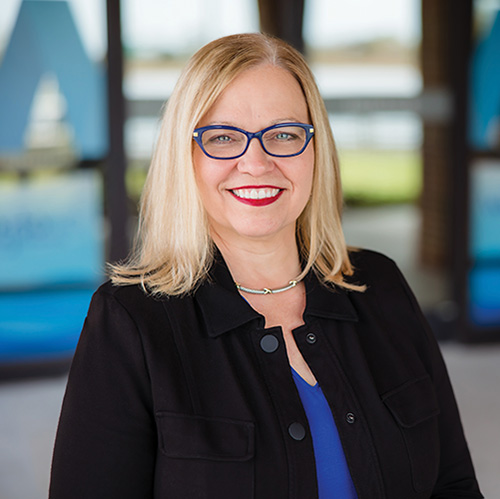 Natalie English has served as president and CEO of the Wilmington Chamber of Commerce since 2017. She has served as a chamber of commerce executive for over 20 years and is constantly striving for professional growth through speaking opportunities, leadership positions and development of community relationships. Before coming to Wilmington, English spent 11 years at the Charlotte chamber, where she filled the role of chief public policy officer. English received her bachelor’s degree in communications from N.C. State University and achieved her designation as a Certified Chamber Executive in 2012.