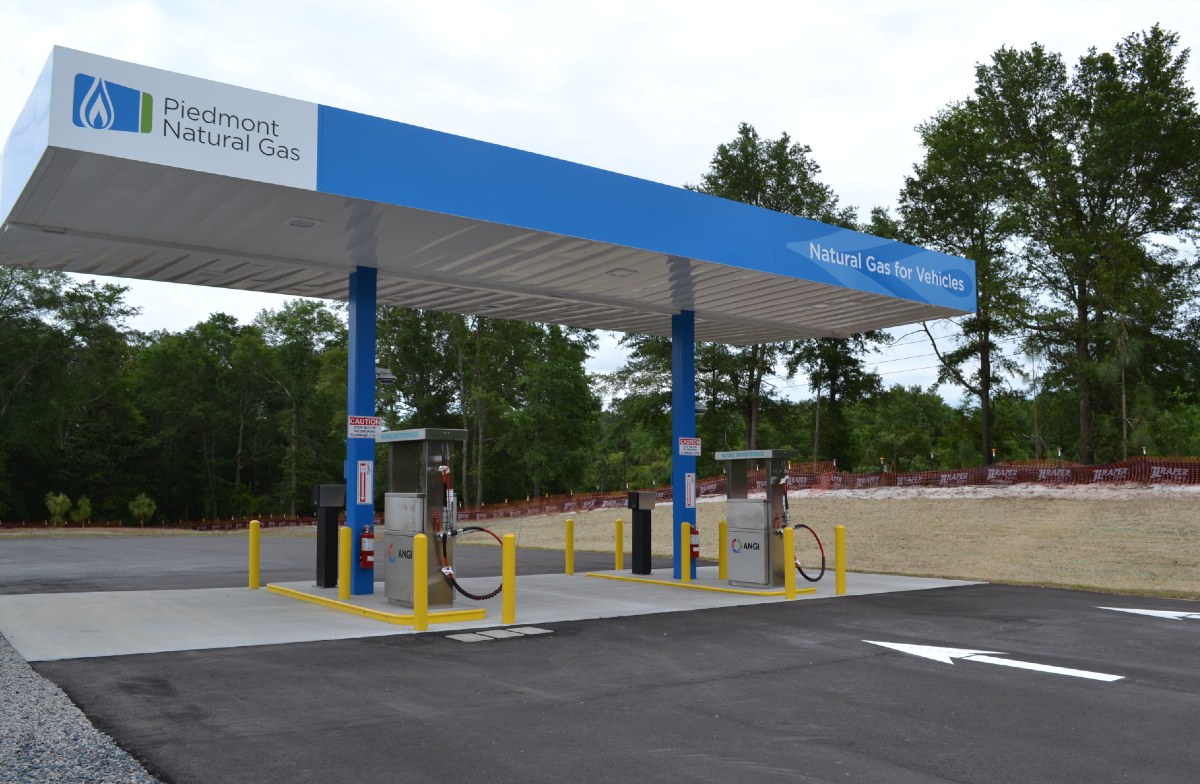 The facility is Piedmont’s 13th compressed natural gas (CNG) fueling station in the company’s three-state service territory and its eighth in North Carolina, according to a news release.

Located at 141 Sutton Steam Plant Drive, near the intersection of Interstate 140 and U.S. 421 and accessible to Interstate 40, the station provides a fueling stop for trucks, fleet vehicles and other vehicles that run on CNG. A Piedmont spokesperson said the company is not disclosing the cost of the station "at this time."

The station has four fast-fill fuel pumps, can accommodate Class 8 tractor-trailers and is accessible 24/7, the release stated.

For resiliency, a natural gas backup generator is on-site to help ensure reliability during hurricanes and severe weather, according to the release.

“Compressed natural gas offers several advantages to traditional fuels, from fuel-cost savings to helping reduce vehicles’ carbon footprints,” said Phillip Grigsby, senior vice president of ventures and business development at Piedmont Natural Gas, in the release. “The lower-cost, lower-emission CNG offered at our network of publicly accessible CNG stations can help companies and fleets meet their sustainability goals, and we’re pleased to make this fuel available to more motorists driving along the I-40 and I-140 corridors.”

The price of CNG remains below that of conventional vehicle fuels because of an abundance of domestic natural gas, according to the release.

"With savings over conventional fuels such as gasoline and diesel, business fleets and the trucking industry have found CNG to be a cost-effective fueling solution," the release stated. "Approximately 50% of Piedmont’s own utility fleet consists of CNG-powered or CNG-capable vehicles."

Natural gas vehicles are 90% cleaner than the federal Environmental Protection Agency’s current NOx standard, according to the release.

"CNG emits up to 21% fewer greenhouse gas emissions than comparable gasoline and diesel vehicles," the release stated. "Many state and local governments also offer incentives to encourage the adoption of natural gas vehicles."