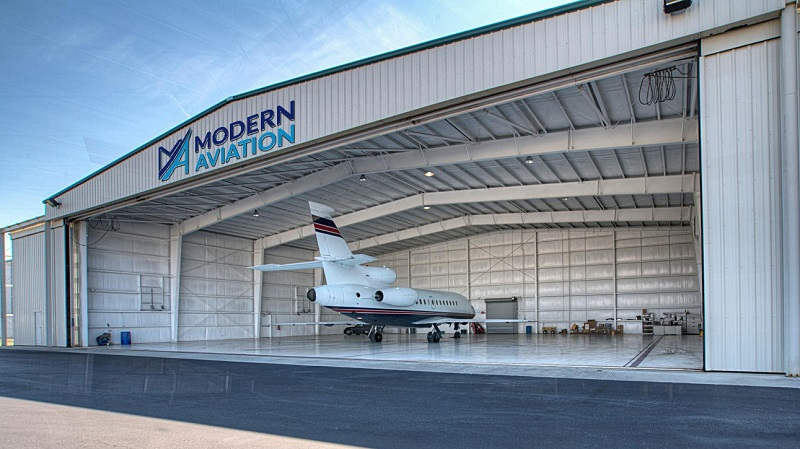 In addition to fuel, Modern Aviation provides ramp and hangar parking space. (File photo)
A general aviation company at Wilmington International Airport has won renewal of an important contract with the military.

Modern Aviation, a fixed-base operator serving general, corporate and military customers at the airport, was a successful bidder for continued provision of fuel services to Army, Navy, Air Force, Marine Corps, Coast Guard and federal civilian agencies’ aircraft, according to a news release.

The contract, which comes from the Defense Logistics Agency, is worth almost $8.5 million and covers the next 42 months with an optional six-month extension.

“This is a renewal of an existing contract that we have,” Modern Aviation’s general manager Richard Formo said Thursday. “The Defense Logistics Agency represents all the branches of the military and the Coast Guard. Any of them can come to our location in Wilmington and buy fuel from us under that contract.”

The contract guarantees customers a consistent price for the fuel, barring economic price adjustments, according to the release.

“We’re a great location for the military, particularly for training exercises,” Formo added. “Wilmington’s location is so far east and near the Atlantic. We’re near areas where the military does a lot of aviation training, so it’s easier for them to use us as a base. And we like to support the young men and women who are out there defending us.”

Modern Aviation’s selection as a military fuel provider has an economic impact that extends well beyond the boundaries of ILM, Formo said.

“The military does a lot of training on weekends, and [personnel] stay downtown, they rent cars, they go out to eat. They like staying downtown on the weekends,” he said. “Our non-military customers have a similarly large impact. People from out of town are investing here and drive a lot of economic growth for the region. We feel like we have an outsized impact on the community by providing these [aviation] services."

Modern Aviation purchased the fixed-base operator business from Air Wilmington in 2018. Currently, it employs about 40 people. In addition to fuel, it provides ramp and hangar parking space and a range of auxiliary services, from the cleaning of aircraft to catering and ground transportation for crew members. It maintains a full-service maintenance and avionics shop staffed with FAA-certified mechanics.

The majority of aircraft based at the facility are corporate-owned but there are some private planes as well, according to Formo, who said business has grown over the past three years.

The Wilmington fixed-base operation is one of three owned by New York City-based Modern Aviation, said Mark Carmen, the company’s CEO, who was visiting ILM on Thursday.

“We have three locations today but we are growing,” he said, adding that the company’s other fixed-base locations are at Centennial Airport near Denver, Colorado, and at Boeing Field (King County International Airport) in Seattle. The company as a whole employs more than 100 people.