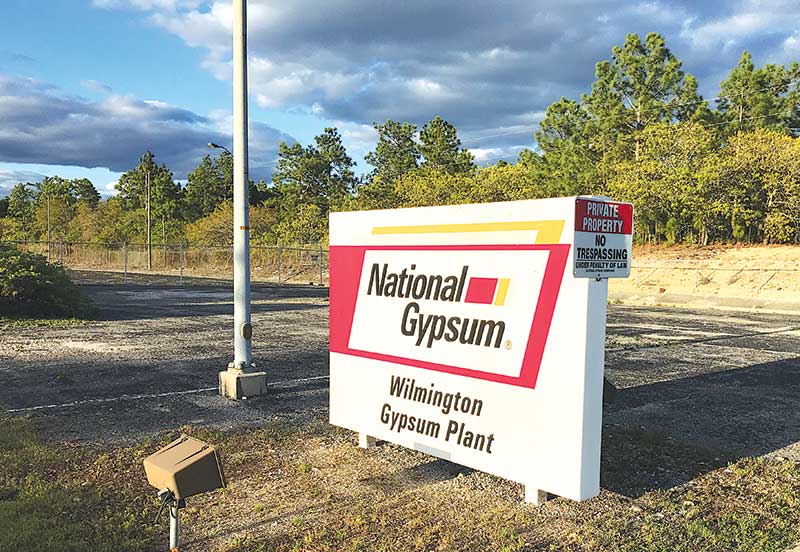 The gypsum board manufacturer "is in the preliminary design phase of the project, with the intent to bid soon,” said Beth Straeten, National Gypsum’s corporate communications director, in an email Thursday.

The plans for the site include the proposed rail spur, a 12-foot-wide access road and additional paving on National Gypsum property at 838 Sunnyvale Drive in Wilmington, according to plans submitted to the city.

The N.C. Department of Transportation (NCDOT) approved a grant for National Gypsum that will help fund the rail spur addition, which “will expand the geographic area we can serve with the wallboard manufactured at our Wilmington plant,” Straeten said.

The total project cost is estimated at nearly $965,000, with a nearly $765,000 contribution from National Gypsum and the NCDOT providing up to $200,000 for a grant funding match, Katie Trout, spokeswoman with NCDOT, said in an email.

The grant, awarded last year, is facilitated through a state program that provides funding assistance to industries seeking to transport their products by railroad, by aiding the construction or rehabilitation of rail access to industrial sites, Trout said.

The construction project is a partnership between National Gypsum and NCDOT, Trout said. Plans are currently being developed, and construction is planned to begin this year, she said.

“As more and more of our customers expand to locations that are served by rail, we look forward to growing with our customers through our new capabilities,” Straeten said. “We are grateful to the North Carolina DOT for recognizing the opportunity the rail spur project represents to expand the economic impact of the National Gypsum plant in the Wilmington region.”

National Gypsum is a company that manufactures wallboard made of gypsum. The company reopened its Wilmington facility in late 2018, after the plant idled for almost a decade. The company currently employs 62 people at the Wilmington plant, according to recent company numbers.

The rail spur is planned to connect to Wilmington Terminal Railroad, a short line railroad that operates on the rail infrastructure owned by NC Ports, and will "ultimately connect to the CSX rail network," Trout said.