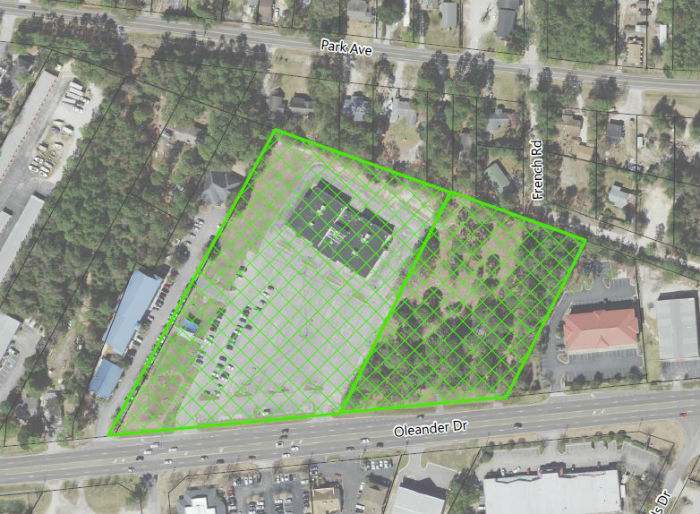 The request, which was given the green light by the city's Planning Commission on Wednesday night, would rezone the property on 5335 and 5429 Oleander Drive from Community Business District to O&I-1, an office and institutional district.

The proposed project would consist of three, four-story buildings housing 5,600 square feet of commercial and retail space and 223 apartments, according to proposed site plans submitted to the city.

The owner of the 8.9-acre property is Oleander Investments LLC and the applicant is Evolve Companies, a property management company in Greensboro.

Efforts to reach a representative with Evolve Companies for details on the project were not successful as of Thursday afternoon.

Proposed plans also show the addition of a bicycle and pedestrian connection to French Road, a new traffic signal at the intersection of Oleander and Englewood Drive and about 421 parking spaces.

The Planning Commission’s case review stated that Oleander Drive traffic is operating above its design capacity with an F level of service. A vehicle connection to French Road would help offset the congestion on Oleander Drive, according to the case review.

The rezoning would allow a multi-family component to replace the residential units that were eliminated overtime on Oleander Drive as that corridor became more commercial, according to applicant comments in the District Rezoning application.

The applicant also stated that the project will enhance an unsightly portion of Oleander and include investments that will revitalize the area and make it friendlier for pedestrians.

The city council’s decision on the rezoning is scheduled for April 2.