Two Offshore Wind Leases To Be Auctioned For Wilmington East 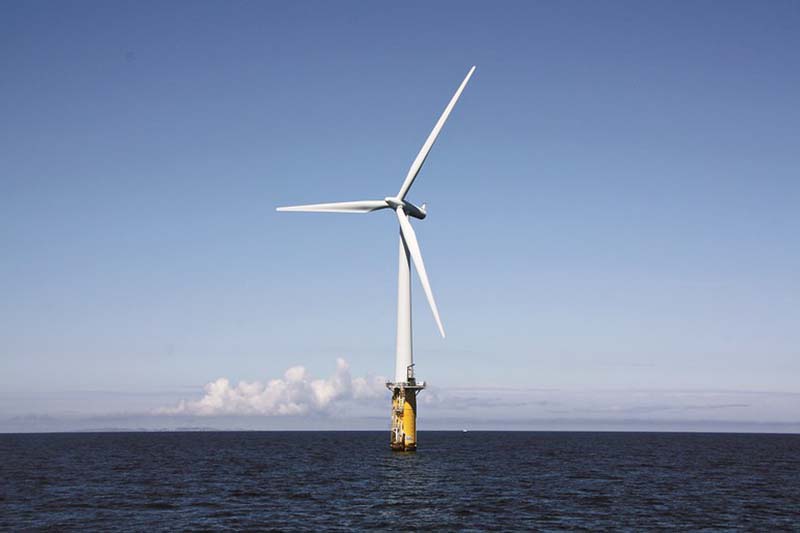 The Bureau of Ocean Energy Management (BOEM) will auction two leases within the Wilmington East Wind Energy Area in May. (Courtesy U.S. Department of Energy)

The area off Southeastern North Carolina's coast being considered for offshore wind will be divided into two leases when companies bid on the rights to develop the ocean areas 17 nautical miles from Bald Head Island, federal officials announced Friday.

The Bureau of Ocean Energy Management issued its final sale notice to lease the Wilmington East Wind Energy Area on Friday, set to officially appear in the Federal Registry on Monday.

The move is the penultimate action remaining before the Bureau of Ocean Energy Management (BOEM) will select a winner or winners of an auction for the spaces, scheduled May 11. If developed, the areas could generate up to 1.3 gigawatts, enough to power half a million homes, according to BOEM.

If plans progress, the facilities carry the potential to generate tens of thousands of jobs and billions in economic development opportunities for Southeastern North Carolina, according to the latest estimates.

Stakeholders are preparing to beat the looming auction timeline with haste, as a moratorium banning new offshore leases, imposed by former President Donald Trump, begins July 1 and lasts through 2032 in an area including Wilmington East.

Under the directive of the Biden administration, BOEM has accelerated offshore wind energy lease opportunities and revived plans for Wilmington East, which had stalled in 2015.

“This is an historic time for domestic offshore wind energy development,” Department of the Interior Secretary Deb Haaland said in a release. “We will continue using every tool in our toolbox to tackle the climate crisis, reduce our emissions to reach the President’s bold goals, and advance environmental justice.”

First, the area has condensed, from roughly 128,000 acres to nearly 110,100 acres. BOEM shaved off acreage closest to shore, extending the beginning barrier from 15 nautical miles to roughly 17 nautical miles. Last summer, several coastal governments in Brunswick County asked BOEM to impose a 24-nautical-mile setback to protect viewshed impacts. In January, the Southeastern Wind Coalition released visualizations of a full-build-out scenario at 15 nautical miles from shore that showed the turbines would not be visible from shore to the unassisted human eye.

Second, two leases are being offered. Leading up to Friday’s decision, BOEM considered one to three leases and sought comment from stakeholders on this and other leasing arrangements.

A consortium of the world’s most active and prolific offshore wind energy companies have already indicated their interest in vying for the right to study the space’s viability. In comments submitted earlier this year to BOEM, some corporations said they preferred a single lease, as it would reduce redundant infrastructure requirements and provide flexibility within the space. Others argued more than one space would encourage competition and keep energy prices fair.

“Having two lease areas means more economic benefit for the state through additional competition, development flexibility, and multiple players in the space,” Katharine Kollins, president of the Southeastern Wind Coalition, said in a statement Friday. “Additional lease provisions will drive incentive for localized supply chain and workforce development, allowing North Carolina the ability to take advantage of the $100B at our doorstep.”

In addition to the federal push for clean wind energy, the state has imposed its own ambitious goals to curb carbon emissions. In June, Gov. Roy Cooper set a wind energy goal of 2.8 gigawatts by 2030, and in October, he signed House Bill 951, which could lead to a 70% reduction of 2005-level emissions by then. The bill tasks the N.C. State Utilities Commission with approving a plan to achieve this reorientation, which could involve a customer rate increase.

Duke Energy has committed to meeting the state's and its own 2050 net-zero target. The state's largest energy producer is in the midst of studying how it will achieve these goals, with offshore wind being one potential strategy. "As we continue to evaluate the potential for offshore wind in the Carolinas, we have taken preliminary steps to maintain our optionality by becoming a qualified bidder to participate in the Wilmington East ... lease area auction," Duke Energy spokeswoman Jennifer Garber wrote in an email Friday.

Congressman David Rouzer, R-07, said the development of wind energy in Wilmington East will provide "an economic shot in the arm for many communities that desperately need it." In a statement, Rouzer said he was pleased with BOEM's reduction of the leasing area in light of viewshed concerns – an issue he personally urged BOEM officials to consider in writing and in a meeting last summer.

He also said it is critical for America to be energy dominant in oil, natural gas and renewables as highlighted by the Russian war on Ukraine. Last April, Rouzer was among six other members of Congress to urge BOEM to lease wind areas in advance of Trump's moratorium, which poses a "critical threat to our ability to develop this resource," their letter states.

Companies can bid on one or both leases, with each area about 55,000 acres. Both areas have similar wind resource potential, according to BOEM.

BOEM is offering a 20% credit to bidders that commit to investing in workforce training or supply chain development programs. This commitment is being incentivized to support the rapid progress required to allow for the greatest amount of domestic prosperity in a nascent industry. Lessees will also be required to report engagement with stakeholders, including underserved communities and ocean users, to promote a cohesive use of the area.

The final notice identifies 16 companies as “legally, technically, and financially” qualified to hold a lease at Wilmington East. This includes:

Should any of the companies choose to participate in the auction, they must indicate their interest to BOEM by April 11 and submit a $2 million deposit by April 25.

View the two lease areas below: 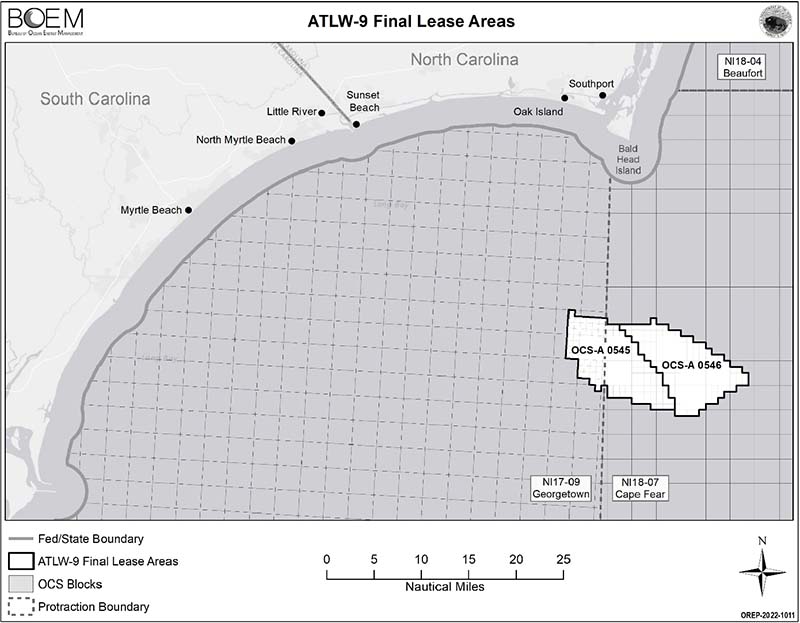