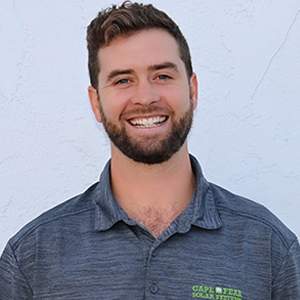 Can an HOA Deny Solar Panels?

North Carolina’s very first solar access law was drafted and passed in 2007. SB670 outlawed an HOA’s Declaration of Covenants, Conditions, and Restrictions (CC&Rs) from banning solar for “the reasonable use of a solar collector for a detached single-family residence.” This currently only applies for HOA’s established after the solar access law was passed. If you’re living in a community less than 16 years old, the Solar Access Law prohibits your HOA from simply not allowing solar panels. However, this law did not prohibit HOAs from regulating where homeowners can place solar panels. While HOAs cannot flat out deny an appeal to install solar, they can prohibit you from installing panels on a public-facing roof with maximum sun exposure. Nearly a decade later, the issue made it back onto the Congress floor in 2019 with HB750 which was created to help homeowners have more freedom for the placement of their solar installations. If the bill is passes, it would ban HOAs from repositioning panels that would result in a reduction in operating efficiency by more than 10%. This bill was unfortunately dropped after its first hearing with the House.

Solar access law development in North Carolina remained dormant until last year’s legislative session. The same exact bill, now designated as HB842, passed its first Senate reading in June 2021 and continues to progress, giving homeowners the potential for more options to install solar panels. Passing a modified solar access bill seems to be a very slow legislative process. Cape Fear Solar Systems has been helping homeowners get approvals from HOAs since the company opened in 2007. Because Cape Fear Solar takes extra steps to enhance the appearance of their solar systems—they are a preferred solar contractor for the majority of the areas communities.

Cape Fear Solar Systems does all the legwork—this includes preparing and submitting the request (usually considered an ‘Exterior Modification’) to the HOA or Architectural Review Committee (ARC), filing all required permits, and ensuring you have all the proper approvals before installing. When you have an HOA, it is helpful to work with a local established company, since they will likely have a relationship with the community and may already have a good grasp on what will be approved. A reputable solar company will not knowingly install solar in a community with an HOA without permission (unless the homeowner is fully aware of all the risk such as fines and the possibility of taking the solar off altogether).

Many non-local or national solar companies don’t know which communities have an HOA or what is acceptable—which may make your chances of a solar approval much lower. If your solar project is initially denied, you have the right to an appeal whichvery often results in an approval.

When is it okay for an HOA to deny a homeowner’s request to install solar panels and what can a homeowner do if the request is denied?

1)    An HOA can deny a front-of-home installation, assuming no other homes were previously granted approval for this. If another homeowner was granted permission, this might be considered discrimination. However, if there are no other front-of-home solar systems in your community you have two options: work with your Solar Project Developer to modify the solar array placement or request an appeal. An appeal will allow you and the solar company to explain to the HOA Board of Directors (BOD) more details about your requested project and why you feel it should be approved but this will not guarantee an approval.

2)    An HOA established prior to the Solar Access Law passed in 2007 can deny a solar request if their governing documents state they do not allow solar panels. This is because they cannot grant an approval without changing the communities governing documents—which in North Carolina would require 2/3 of the association to be in favor of the proposed change. If you’re able to request an appeal, you and the solar company can provide additional details for the BOD’s consideration—though an approval may be unlikely.

3)    If the panels will be placed on a roof surface sloping toward a public right of way—the solar access law does not bind an HOA to grant an approval so a solar design modification would likely be your best route.

4)    Some HOAs will restrict panel models to be installed (referred to as all-black models) because they find them more aesthetically pleasing. Changing the panel product is a simple modification.

5)    An HOA can deny a request if the contractor is banned from working in your community due to bad craftmanship or having a history of competing projects without approval or proper permits. In this case you would need to select a new solar contractor to work with. The HOA can approve the request with stipulations or deny the request at that time requiring a new request to be submitted.

6)    If the HOA doesn’t understand the request or didn’t get all the required paperwork, it can result in a project denial. If you’ve contracted a good solar company—they will usually know what process and paperwork is needed and even do most or all the work for you.

Many HOAs in our region are extremely solar-friendly as they recognize that solar is a great energy option for many people. A large majority of HOAs even allow solar panels to be installed on the front of the home—often without restrictions. However, it’s critical to select the right solar company to partner with to help you work with your HOA for your best odds for an approval.

Curious to see what solar can do for your home? Call the local experts at Cape Fear Systems at 910-409-5533, option 1 or visit www.capefearsolarsystems.com. Our experienced Residential Solar Project Developers will show you exactly what solar can do for your home, how much you will save on electricity cost, the details of current solar incentives, and exactly how much the project will cost. Cape Fear Solar never pressures customers to move forward but if you do decide you’d like to move forward with installing solar—we do all the work including working with your HOA for an approval.

Other Posts from Robert Parker

How You Can Benefit from the Inflation Reduction Act

Guide To Hurricane Preparedness from a Wilmington Native

What’s The Deal With All These Solar Companies Knocking On Doors?

Demand for Electric Vehicles On The Rise

Why Businesses Of Any Size Can Benefit From Going Solar 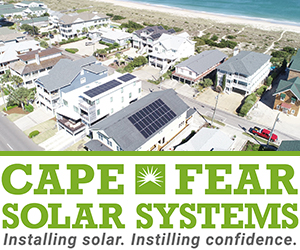