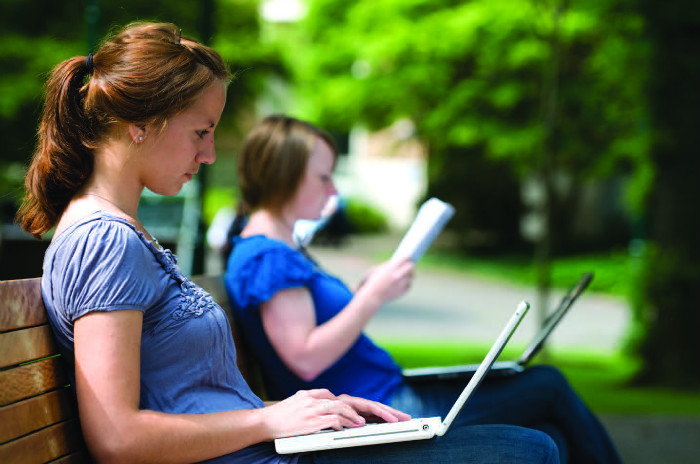 Is a computer provided by my daughter's college for her use while attending school covered for theft if it was stolen outside of her locked dorm room while she was not there? In the last month of her last semester, someone stole the computer and, consequently, I just received a letter from the school stating my daughter has to pay $1,600 before she will be allowed to graduate. Does homeowner's insurance normally pay for such losses?

The homeowners policy covers any personal property "owned or used by an insured if it is damaged or lost due to a covered peril.” The student was certainly using the property, and theft is a covered peril.

The term "insured" includes a resident relative, and courts have determined consistently that a dependent child away at school is still a resident of the named insured's household.

And, under the theft peril, the policy says, "Property of a student who is an 'insured' is covered while at a residence away from home if the student has been there at any time during the 45 days immediately before the loss." In this case, the student was there at the time of loss, so this theft restriction does not apply.

There is, however, one limitation that does apply. For personal property "usually located” at an insured's "residence," other than the residence premises, only 10 percent of the policy's contents coverage is available for losses. In this case, 10 percent of the contents limit is more than adequate for the loss of the computer.
Of course, there is a deductible to contend with. In addition, policy conditions require that theft losses be reported to the police. Although "police" is not defined, it is presumable that notice to the campus police would suffice. That being done, this appears to clearly be a covered claim.

In this case, liability insurance coverage did not come into play, but both the parent and the student could find themselves in a situation where they could be found liable for injury to a dorm guest.

As usual, I’ll close by recommending again that each of you make time to meet with your trusted insurance agent on a regular basis.

Jim Moore is the president of James E. Moore Insurance Agency. Established in 1954, it has become one of the most trusted independent insurance agencies in North Carolina. The James E. Moore Insurance Agency is a family-owned business and offers homeowners, automobile, life and health, employee benefits, and commercial insurance products. For more information, call 910.256.5333 or visit the agency’s website at www.jamesemoore.com.

Other Posts from James Moore Jr

Why We Should All Do More To Help Others

Are Our Wind Insurance Premiums Really Too High?

Expect To See An Increase In Flood Insurance Premiums

Property Damage And Privacy Are Insurance Concerns For Drones

Should You Buy A Damage Waiver When Renting A Car?

Travel Insurance Can Protect Against Loss

How Can You Tell If Your Insurance Company Is Healthy?