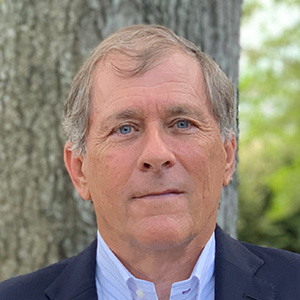 How to Invest with the Threat of a Recession

Is a recession on the horizon? Recessions are a natural and inevitable part of the business cycle, and one may certainly be on the horizon.  However, keep in mind that since 1920 there have been 17 recessions which, over the last 70 years, have averaged 10 months in length and a 2.5% downturn in GDP.  Yet, since 1920, the average annual return for the S&P 500 is 10.5% according to Howard Marks of Oaktree Capital. People tend to overlook that these attractive long-term returns include so many periods of recession and that, as seen below, the cumulative decreases in GDP during downturns is overwhelmed by the cumulative increases in the economy during the much longer periods of growth. 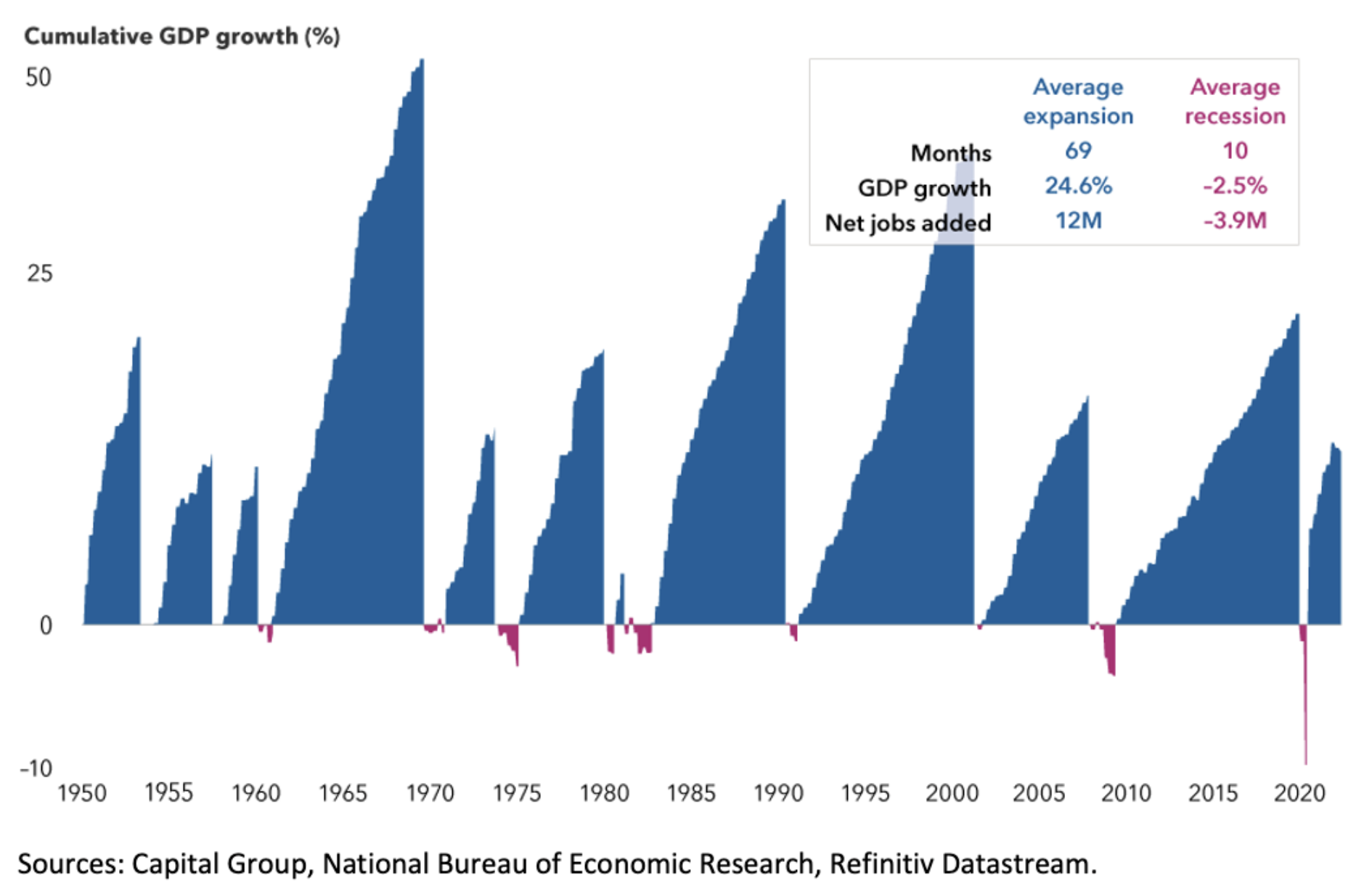 Despite the successful track record of long-term investing and evidence that market timing doesn’t work, investors still have a tendency to want to protect their portfolios.  Several studies, including from Dalbar and Associates, have shown returns for the average investor fall far short of the market’s return. In Dalbar’s annual quantitative analysis of investor behavior for the 30 years ended 12/31/21, the average equity fund investor earned an annual return of 7.13% versus 10.65% for the S&P 500. More often than not investors succumb to short-term strategies and fail to capture the benefits the markets can provide long term. Similarly, JP Morgan did a study of the 5.6% annual market return from 1998-2018 which also points out the difficulties of market timing. If you were out of the market for 10 best trading days during that period, your return falls to 2.0%. If you were out for the best 20 days (or just one day per year) their study found your returns were effectively nil. Attempts to time markets appear to jeopardize long-term returns more than they protect them.

Historically, these attractive long-term returns have been achieved by investors willing to hold investments through recessions. Well regarded investor Bill Miller puts it this way, “We believe time not timing is the key to building wealth in the stock market.” Perhaps most detrimental to successful long-term investing would be selling to try to time markets aftera recession has already been largely priced into valuations as we believe is currently the case.

Although it’s unlikely the market decline is over, a decline from the high for the S&P 500 of approximately 17% as of September 14th of this year indicates, in our view, that a significant amount of the risks are priced in. Again, while recession is certainly not the only risk facing the market, the historical long-term returns mentioned earlier were achieved after accepting the risk of holding investments through a recession. In other words, why sell now if recessions have not prevented attractive long-term returns and the risk is now largely priced into markets. Daniel Kahneman, who won the Nobel Prize for economics, attributes this investment behavior of trying to protect your portfolio through market timing to loss aversion. People dislike losses twice as much as they like gains, which the studies previously mentioned would indicate leads to emotional mistakes and lower returns.

You shouldn’t overreact to the threat of a recession; however, you shouldn’t totally discount them either. Increasing probability of recession can quickly turn investor sentiment more negative. When investor sentiment turns south, significantly overvalued companies or significantly overleveraged companies are at risk for permanent mark downs in value as people take a more realistic view.

Downside protection can be very important in helping investors stay patient and avoid the emotional mistakes of selling undervalued investments because they have suffered a short-term drop in value. Not all equity funds are created equal when looking at downside protection. Here are some things to consider, which have historically mitigated fund drawdowns:

Mr. Nowell has over thirty years of experience in the finance business. Prior to founding South Atlantic Capital, he worked in the leveraged lending department of Bankers Trust Company, New York and other private equity companies as an Assistant Vice President. His primary responsibility was arranging bank financing for leveraged buyouts led by Kohlberg, Kravis, Roberts & Company. During graduate school he interned with Merrill Lynch’s Capital Markets Group in New York. Later he served as an institutional fixed income salesman for Carolina Securities/Prudential Bache Securities and worked with Fox, Graham, and Mintz Securities. Mr. Nowell graduated from the University of North Carolina with a B. S. in Economics and received his MBA from the University of Virginia.

Disclaimer- Past Performance is no guarantee of future results. Nothing in this article should be construed as investment advice of any kind. Consult your investment adviser before making any investment decision.