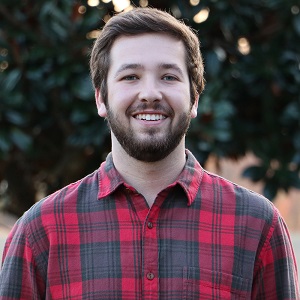 Debunking the Myths of Bulk WiFi

In the last few years, high-speed, reliable WiFi service has transitioned from a luxurious amenity to an expected utility for apartment renters and resort guests alike. The question now facing property owners is no longer, “Do our residents want or need WiFi?” but rather, “How are we going to provide our guests with WiFi?”.

For owners, this question boils down to the way in which the WiFi service is packaged to residents. Some communities choose to leave it in the resident’s hands, allowing them to select individual packages from various providers. But the simpler, and in the long-term often less expensive, method is to procure a “bulk services agreement”: outfitting the entire community with high-speed WiFi service, so that everyone at the property can easily and seamlessly connect to WiFi anywhere and at any time. This gives the community a distinct competitive advantage, but many owners are wary of Bulk WiFi packages due to age-old myths surrounding its performance, security and service.

Here, we help to debunk these myths and separate fact from fiction.


Fact: It is true that when Bulk WiFi packages first emerged, service was often unreliable. However, technology has grown by leaps and bounds since then, giving way to huge improvements in performance and connectivity. Today, Bulk WiFi performs just as well - if not better than - individual WiFi packages. Residents and guests of apartments or resort communities can now stream 4K video, play video games, surf the internet and more from multiple devices at a time.


Fact: No longer do residents connect to a single community-wide network under one login. With the introduction of individual virtual networks per unit (or VLANs), each resident connects to the Internet with an additional layer of enhanced security. Personalized networks also allow residents to easily communicate with their other devices, enabling features like wireless printing or Apple Airplay.


Fact: Some Bulk WiFi providers, like our team at Epproach Communications, are focused exclusively on the user’s WiFi experience, not an array of additional services such as TV, cable or phone. This means that residents and staff alike can always expect superior service, because there are no automated prompts or robotic responses. We can immediately connect each resident to a certified, in-house technician who can quickly resolve each issue - often before it even arises.

At Epproach, we specialize in Bulk WiFi packages. The communities we service have seen an increase in renewals and net operating income, as well as gained a competitive advantage by providing residents with a reliable Internet solution without the hassle of third-party installations and support. In a world where WiFi is as ubiquitous as water or electricity, “going bulk” with wireless internet service is a no-brainer.

Denver Hollingsworth currently serves as Epproach Communication’s Director of Marketing. After graduating from East Carolina University with a BS in Communication and a concentration in Journalism, Denver relocated to Wilmington, NC, to join the Epproach team. As Epproach has transitioned from a Managed WiFi vendor to a full-scale technology provider for the apartment industry, Denver has been responsible for all aspects of the company’s marketing, from nationwide ad campaigns and industry tradeshows to innovative social media engagement.

Other Posts from Denver Hollingsworth

Communicating to Your Apartment Residents in Today’s Hyper-Connected World 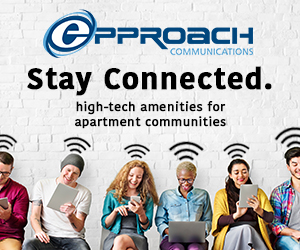