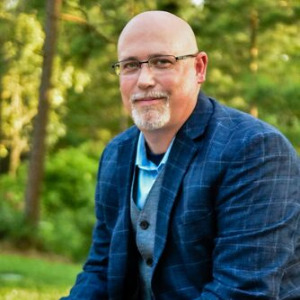 Throughout my career it has been my job and purpose to help businesses find quality talent and help job seekers find the job of their dreams.

It has been a challenging and rewarding career thus far but nothing close to the job I want to talk about.

You may think I am going to go in the direction of tough jobs in Civil Service, Education or Military Service… all some of the toughest and most underserved jobs on the planet, as I’m sure you will agree. All have duties and responsibilities that take special people with hearts of gold, guts of steel and a determination to put themselves aside for the wellbeing of others.

But there is one job that requires even more, a job that is rarely acknowledged in the news, not often rewarded with a plaque or certificate, and requires little-to-no experience when first thrust into the position. This job has no spotlight, no formal job description, gets no annual reviews, and yet people from all corners of your life will critique you for how well you do it.

It’s the job of being a parent.

When we are first told we have been rewarded with this job, there is an initial excitement and anticipation of great things to come and hopes we will soon be immortalized on the “Mount Rushmore of Parenthood.”

Then, reality hits us square in the face. From the onset, we are overcome with emotion and chores and immediately, we go from excitement and joy to concern and fear. And those emotions, while we don’t know it at first, will never, ever leave us. They are the essential tools we will carry for decades to come.

In the beginning, we’re given instruction from other members of the parental fraternity on the job basics and from there, we’re on a crash course of on-the-job training. If we’re lucky to have this title more than once in our lives, the job does get a little easier the second time around, but it still is one tough assignment – long days, longer nights, weekend trips and an emotional rollercoaster that never stops no matter how old our kids get.

Why would anyone ever want this job? For me, it’s because no matter what happens in the course of your own life, you have the ability to directly impact another human life. It’s the greatest and most rewarding responsibility anyone can have.

I was blessed with two beautiful daughters, both who live in a different state, which makes life sometimes tough. I talk to them often and am there in a moment’s notice if they need me, which happened very recently.

I received a call no parent ever wants – my oldest daughter had been involved in a tragic accident and life-flighted to a Level 1 trauma center. Arriving in a mere few hours, I walked into the critical care unit to see my daughter. Her battered body being held together in traction, machines breathing for her, she was nearly unrecognizable. I was not prepared at all. I felt helpless and begged God that I could take her place in that bed.

Three weeks later, in an inpatient rehab facility, she laughs and jokes, her body put back together and her mind clear but with still no recollection of the accident. I witnessed a miracle in those three weeks as she recovered while being in pain that I could never imagine.

When we are first given this job as a parent, we never think about something terrible happening to our kids. We are not prepared; we have no direction, just instinct. It’s part of the job no one can advise you on. It isn’t found anywhere in a book to read and there’s no research on how to do it. Instinct just happens. You react and you take action.

I think, at times, I’ve taken my kids for granted – that they would always be around as I got older, that I would be given the privilege to walk them both down the aisle one day to give them to another man.

I almost lost my daughter on Aug. 6, 2018, but she fought and she won. And what has changed me for the rest of my life is I will no longer take anything for granted, for I am a parent and I have the most difficult job in the world.

If you are lucky enough to join me in this job, do me one favor when you finish reading this. Go hug your kids. Because you never know if you will get that opportunity again. 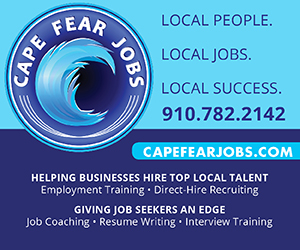