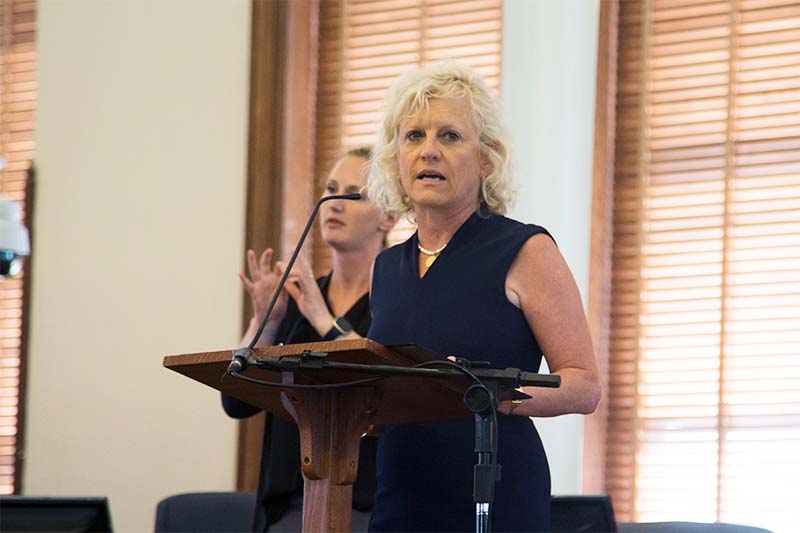 "My personal beliefs are much more in line with the Republican Party. Pro business, lower taxes and less regulation for our valued developers in NHC," Olson-Boseman wrote in a text Monday.

In the May primary, Olson-Boseman appeared on the Democratic ticket in her bid for re-election but earned the least amount of votes of the three candidates in the running, losing the opportunity to appear on the November ballot. She registered as an unaffiliated voter the day after the primary, according to records provided by the New Hanover County Board of Elections. Then in June, she registered as a Republican.

She was first elected to the New Hanover County Board of Commissioners in 2000 and later served three terms in the N.C. Senate. Olson-Boseman was the first openly gay member of the General Assembly and was previously heralded for her Democratic ideals, having campaigned alongside the Clintons.

State records show Olson-Boseman has consistently voted in Democratic primaries since at least the year 2000; in 1996, she voted in a Republican primary.

The embattled chairwoman is facing legal troubles after being held in contempt of court for failing to appear in hearings related to financial mismanagement allegations lobbed against her by the North Carolina State Bar Association, as extensively reported by WECT. Friday, Olson-Boseman missed her deadline to submit financial records to the court, and a judge issued a civil order for arrest, according to WECT. Olson-Boseman was recently vacationing out of the country, social media posts show. ​

The chairwoman's attorney, Joshua Walthall, is "working to provide the bar whatever documents they request," Olson-Boseman said Monday when asked if she would comply with the recent order.