Sound Off: Save Land Now For Park 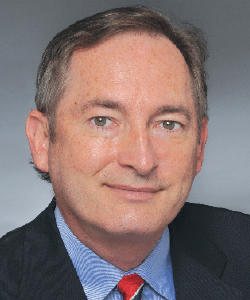 EDITOR’S NOTE: Hansen Matthews is a partner in Wilmington-based commercial real estate firm Maus, Warwick, Matthews & Co. He discloses that his firm represents owners of land in an area he mentions as being suitable for park space.

Imagine for a moment that time travel is possible and that you suddenly travel to the year 2120. You’re still in Wilmington, but you’re talking with your great-great grandchildren.

You ask about their lives and what Wilmington is like as a place to live. They answer that it’s all right living here with one major exception – there is no major park area that is open to the public.

They say to you: “The entire county has been completely built out for the past 25 years because no one had the foresight, and no one took the initiative to save a large block of land for public recreation and enjoyment. It’s too late to do anything about it now though. Wish you’d thought about us when you had the chance in 2020!” Ouch – that last line hurts.

Great cities have great parks. What would Chicago be without Lincoln Park? How about San Francisco without Golden Gate Park? Imagine how the quality of life for residents would suffer if Manhattan didn’t have Central Park. Do you know that NYC also has four parks that are even larger than the 800-acre Central Park?

Closer to home, Raleigh benefits from 5,600-acre Umstead State Park. Mecklenburg County has 210 parks totaling over 21,000 acres. What’s our answer to those statistics? When it comes to the city and county, it’s Hugh MacRae Park, Greenfield Lake, Battle Park (which has lagged in creation) plus a couple of other smaller parks and our beaches. We must do better than this for our children’s future.

As recently as the 1980s, there were hundreds of acres of undeveloped land in the southern part of the county, but no longer. Before we take the easy way out and blame developers, let’s look in the mirror. We collectively created demand for these new homes, apartments, stores, offices and restaurants, so developers have naturally responded by constructing them. It’s like drivers who complain about being stuck in a traffic jam. Look in that mirror again, because we are the traffic.

New Hanover County will grow by more than 100,000 people over the next half century, and our parks are already straining underneath the weight of our existing population. Development during this time will not be like it was for the past 50 years. High land costs and scarcity will dictate changes and moving away from endless subdivisions full of half-acre lots. Smaller single-family lots, more multifamily development, increased building heights and mixed-use development must all come into play to provide efficiencies in supporting a much larger population. To solve the challenge that high-density population brings, we must collectively buy land through our county government to create a huge outdoor park. A GoFundMe page isn’t going to work this time.

Countless metropolitan areas larger than ours have proven that you don’t have to sacrifice quality of life when growth occurs. We must plan for growth and then act on those plans. The time is now for our county to acquire a tract of land of 1,000 acres or more to be used and enjoyed by future generations. The cost of acquiring this land may not be very different than the amount that the city is currently investing to buy and develop the downtown 7-acre North Waterfront Park.

An ideal target area for locating a mega-park is the currently undeveloped area located south of Castle Hayne, east of I-40 and north of the Northern Outer Loop. Fortunately, most of this land is owned by a few local families in separate tracts, which will ease the land assemblage effort.

Finding a contiguous area this large will likely involve more than one seller. Some of this land is currently for sale while some of it is not, but it might be if the owners are approached by the county. These families all have deep roots in this community, and they have demonstrated civic-mindedness throughout the years.

Waiting another decade to act could ruin the chance for acquiring any large tracts. Once sewer has been extended east of I-40, then it will bring the means to add thousands of new buildings and people to this area. The timeline for sewer extension is much closer than you think.

Along with sewer comes higher land prices. Higher prices will mean more public resistance to pay for it. Public resistance now means that future generations will never get to enjoy a mega-park, and they’ll have to settle with eternal mediocrity for outdoor play areas.

Wilmington has sometimes settled for being shortsighted and for thinking small. Other times we have risen to the occasion of taking the long-term view of what will make a great city, and we’ve reached for the stars. Whether or not we begin to immediately develop this park does not matter. Once we own the “large canvas,” then it can be “painted” gradually over the coming decades. The important objective now is to secure the land while it’s both available and affordable.

Let’s join as a community now and dare to leave a great place to live for every future generation! Those great-great-grandchildren will thank you.

EDITOR'S NOTE: The Greater Wilmington Business Journal and WilmingtonBiz Magazine publish a regular series of op-eds about ideas for sparking economic growth in the region. If you have a column topic to be considered, email [email protected].