Sound Off: All Real Estate Is Local 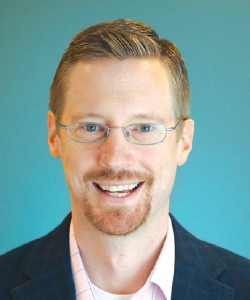 Home prices are rising and have surpassed their previous peak from the end of 2018. But we need to be cognizant of the fact that time is passing, and a dollar today isn’t worth what a dollar was 12 years ago.

If we account for inflation (deflate home prices by the consumer price index) prices are still 23% higher than they were in the early 2000s before the unsustainable runup in home prices leading to the Great Recession.

And while the causes of the housing bubble are many, debatable and often politicized, there seems to be widespread consensus that being vigilant and avoiding a rerun is preferable to a replay of 2008.

So, is there a bubble forming in the local market or is something else going on?

The answer isn’t clear, but let’s explore a few of the potential arguments both ways.

First, before we dive into local conditions, it is important for us to note that while national real estate trends often make headlines, local markets can differ dramatically.

For example, compared to January of 2000, according to the Case-Shiller Index, home prices in Los Angeles are up 187%; San Diego and San Francisco are both up 160%! By comparison, Charlotte is up 67%, while Cleveland and Detroit are up only 27%.

The consumer price index has risen nearly twice as fast as home prices in Cleveland and Detroit, while home prices in California appear to be rising at more than three times the rate of inflation.

Home prices in the Wilmington metro area of New Hanover and Pender counties have risen 90%, according to the Federal Housing Finance Agency, since 2000, slightly less than double the rate of inflation.

Home prices in our region are rising faster than in Charlotte but much slower than the hottest markets in the U.S.

Turning back to our original question, are the increasing prices in our region sustainable?

Tough to say, but there are a few trends and relationships worth considering when making your own judgment.

Following the economic downturn, the ratio returned to more normal levels for the Wilmington MSA and was rising ever so slightly until the disruption of Hurricane Florence caused the ratio to jump 10%, likely owing to a tighter market for livable properties.

On top of Florence tightening the market, the continuation of low-interest rates has effectively multiplied incomes’ purchasing power and is likely providing some lift to home prices as well. Eventually one would expect the normalization of interest rates to remove some of their support.

Looking forward, there are at least two major factors to consider when contemplating the sustainability of home prices: income growth and demographics.

The first is easy to understand. Higher paying jobs support home values. Entry-level jobs in the service sector are not the same as opportunities at Quality Chemical, GE, research organizations or in the fintech space.

Long term, as (or if) Wilmington grows into the urban hub of Southeastern North Carolina and creates more professional jobs, increased incomes will put upward pressure on home prices.

Demographics is a more difficult proposition.

Retirees moving into Brunswick County and the graying of the population, in general, may well correspond to a change in budgetary preferences. Academic research suggests that an aging population may slow home price growth as much as a half to 1% per year at a national level.

So where do home prices go?

The policies and emphasis that we, as a community choose, will ultimately determine the direction of our demographics, employment and, in the long run, home prices.