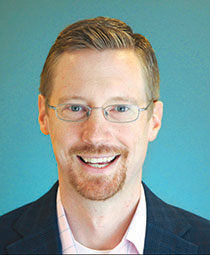 Adam Jones
If you meet colleagues for dinner and spend 30 minutes discussing work projects and 30 minutes arguing about college football, is that work?

Nearly 20 years ago, two Harvard professors summed up society’s transition from goods consuming to experience consuming with the story of birthday cakes: Cakes from scratch in the agrarian economy became cakes from a box in the goods-based economy and eventually experiential parties at Chuck E. Cheese’s.

Today, even Chuck E. Cheese’s may not make the cut for many families who would rather their whole parties fly through the air and hoops rather than just the ball in an arcade game. To compete in today’s economy, firms – including commercial real estate developers and owners – must stage experiences for their customers.

As society’s means have increased and tastes evolved, real estate is evolving as well, hence the rise of the “mixed-use” development, the “lifestyle centers” such as Mayfaire, The Pointe at Barclay and the proposed renovations of Independence Mall, along with the planned CenterPoint and The Avenue developments.

Shifting tastes have implications for both businesses and the physical space they inhabit.

Look at the craft beer industry. Beer is becoming less a business of fermented grains and more a business of storytelling and experiences. The buildings breweries are located in play an important role in creating the experience.

Combining increasing incomes with a desire for experiences rather than stuff and an explosion of technology sets the stage for a major upheaval in commercial real estate.

While the death of brick-and mortar retail is often oversold, there is no doubt that e-commerce is pressuring retailers to leverage the technology rather than simply compete with it.

For example, many local grocery stores have retrofitted drive-thru lanes, and others are moving into online ordering of meals, etc. The most successful firms and property companies will merge the physical space with virtual space and an evolving tenant mix to create complete and multifaceted experiences.

So what does the future look like for commercial real estate?

It’s likely to be one of continued evolution and retooling existing designs to make older facilities compatible with today’s demand for experiences. Malls around the country are changing their tenant mix in search of foot traffic and recruiting fitness centers and grocery stores.

But the advancement of the economy from goods to services and now experiences is most evident in experiential tenants such as laser tag, trampoline parks, virtual golf and indoor amusement parks taking over space from “junior anchors” such as electronics retailers.

Finally, we should note that this retooling of space goes beyond just property owners as the community and local governments also adapt, including the expansion of multiuse trails, highlighting of green spaces and creating so-called “third” spaces. Look no further than that county’s complete communities initiative of moving away from single-use zoning patterns of the past to more cohesive approaches.

Shifting demographics will also reinforce the movement from goods to experiences as new residents, often empty nesters, search for places to interact with others and build community.

A cup of coffee, a craft beer, a dog park visit or a trip to the gym provides a social outlet in a more genuine and sustainable manner.

In the middle of this transition, it might be worth asking: Do you really miss spending hours wandering the grocery store looking for red food coloring or ingredients for a birthday cake?

I’d much rather spend my time playing laser tag with the kids or hitting a golf ball while sharing a meal with friends.

Adam Jones is a regional economist with UNCW's Swain Center and an associate professor of economics in UNCW's Cameron School of Business.