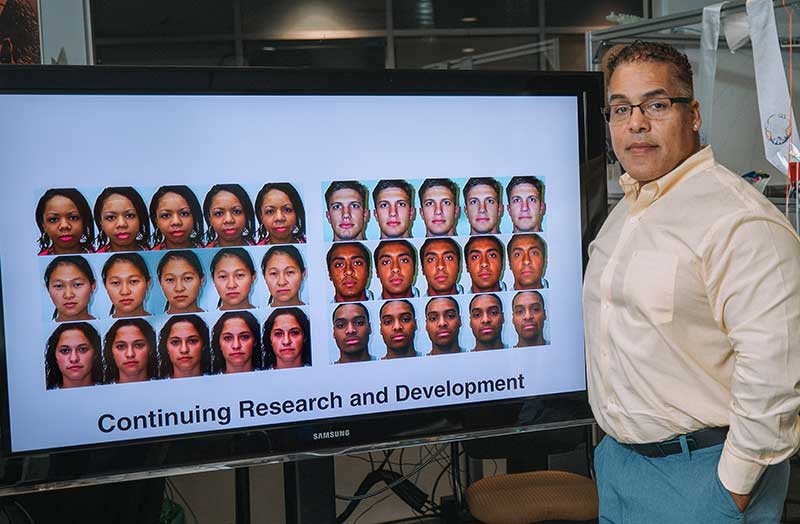 Lapetus was founded in 2014 and has raised about $4.7 million. (Photo by Megan Deitz)
Wilmington might still have ground to make up when it comes to venture capital activity, but a number of area companies have received funding to support their growing businesses.

Since 2013, local companies have received $144 million in funding, according to filings with the U.S. Securities and Exchange Commission, although 93 percent went to one firm – nCino.

Funding in the Southeastern U.S. totaled $886 million in the second quarter of 2018, following the trend of less funding by volume but larger deals, according to Pitchbook and the National Venture Capital Association.

Any year in which North Carolina gets over $1 billion in funding is a good year, and there has been strong entrepreneurial activity so far in 2018, said Jay Bigelow, director of entrepreneurship at the Durham-based Council for Entrepreneurial Development.

Bigelow said while Wilmington is smaller in size than Charlotte or the Triangle, there are Wilmington-based companies that have been putting the Port City on the VC map.

The main company is nCino, a fintech company spun off from Live Oak Bank. It was part of the top 10 VC deals in the Southeast for the first quarter of 2018, according to Pitchbook and NVCA.

In January, nCino raised $51.5 million. Company officials said the funding would be used to fuel its global growth and product innovation. The company has raised nearly $134 million since it was founded in 2012, according to SEC filings.

Another company that has raised funding is Lapetus Solutions Inc., previously known as Lapetus Software.

They combined their knowledge and partnered to create tools and platforms that help model and predict aging, health and life expectancy. Ricanek said this information can be used by individuals, insurance companies, cosmetic companies and marketing companies, among others.

Lapetus has raised more than $4.6 million in funding. Last year, it raised $3.4 million from 12 investors, according to SEC filings. In 2015, the company raised $1.2 million from two investors.

Ricanek said innovative technology is what made investors interested.

“We have a CEO [Norvell Miller] who has 20-plus years in tech and dealing in startups as well,” he said. “The innovative technology is a key attractor, but if you have an inexperienced team around that technology, the risk for investors on that technology makes it difficult.”

Most of the funding raised by the company has come from outside the state.

“Our initial round of funding was organized by [Miller] here in Wilmington,” Ricanek said. “But he is backed by a European family fund, so this funding reservoir exists outside of the U.S. The investors we have brought on since then are all outside of North Carolina. Two are multinational.”

SportGait Inc. also recently received funding. It was formed in 2015 at the UNCW’s Center for Innovation and Entrepreneurship. SportGait provides technology that can help coaches, parents, players and others on the field determine whether an athlete’s head injury warrants special care or a visit to the doctor.

Tobin Geatz, the board chairman for SportGait, said the experienced management along with its strategic partnership with Multi-Health System, has made the company stand out to investors.

Geatz says SportGait is chasing a real problem in the community, which is another important aspect that has drawn investors.

“In terms of SportGait we are tackling, no pun intended, concussions in sports,” Geatz said. “The timeliness means there is money in the market.”

Most of the funding for SportGait has come locally, Geatz said. One of the main funders is Seahawk Innovation Fund, which has a private-public partnership with UNCW and was founded by Geatz and Tom Looney.

“Generally, we [Seahawk Innovation] put in the first large chunk of money, but there is quite a bit of funding from Wilmington-based investors,” Geatz said.

The company plans on doing a multimillion-dollar raise in the fall, which will be used to expand its sales reach, he said.

One way Wilmington’s VC activity can grow is by highlighting the successes area startups have had, Bigelow said.

“It’s not a reason for people to go if it’s just one company,” he said. “They need to know that there is a whole ecosystem there, that nCino is at the top, but there are five or six tiers of companies. Then people start to believe that it is an ecosystem that can sustain itself over time.”