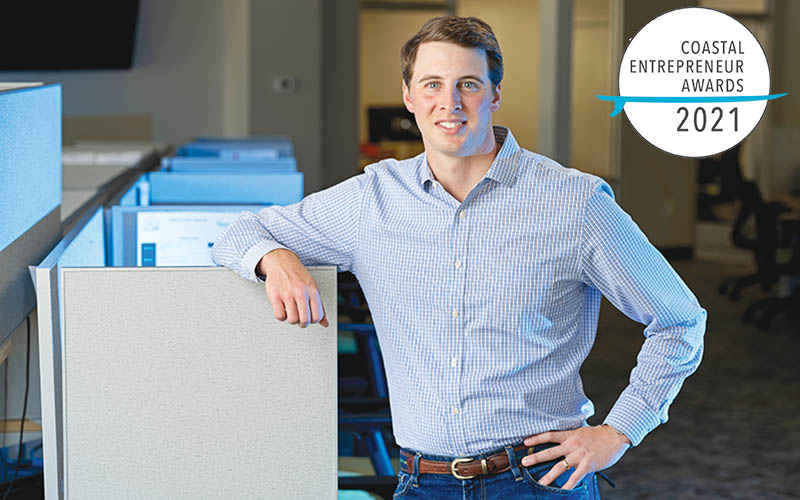 Vantaca, a cloud-based, software-as-a-service firm that works with association management companies, will add 104 employees to its existing 100-person Wilmington workforce, as previously reported when the then-unnamed company was approved for New Hanover County and city of Wilmington economic incentives.

"Although wages will vary for the new positions, the average annual salaries will be more than $80,000, creating a potential annual payroll impact of more than $8.3 million. New Hanover County’s overall average annual wage [is] $46,383," according to a news release from Gov. Roy Cooper's office Tuesday.

In addition to local incentives, the Vantaca expansion will be facilitated in part by a Job Development Investment Grant (JDIG) approved by the state’s Economic Investment Committee on Tuesday, the release stated.

"Over the course of the 12-year term of the grant, economists in the Department of Commerce estimate the project will grow the state’s economy by more than $204 million," according to the release. "The JDIG agreement authorizes the potential reimbursement to the company of up to $1,418,400 spread over 12 years.

"Payments for all JDIGs only occur following performance verification by the departments of Commerce and Revenue that the company has met its incremental job creation and investment targets. JDIG projects result in positive net tax revenue to the state treasury, even after taking into consideration the grant’s reimbursement payments to a given company."

Founded by David Sweyer, Vantaca worked with its first customers in 2017 and was recognized by the Coastal Entrepreneur Awards in the technology category this year.

"We've committed to this job growth over the next five years, but we think we're going to do a lot more than that," said Ben Currin, CEO of Vantaca, on Tuesday. "We feel like we're just getting started. We feel like we're in the first inning of building Vantaca to be a great software company for our industry."

Currin said in the release that the expansion "allows us to continue to innovate our unique solution enabling our customers to transform their business digitally and more efficiently run their day-to-day operations. Quality of life and work-life balance is incredibly important to our team, and in that respect, we have found Wilmington to be an ideal home.”

The areas in which new positions are expected to be created include product management, marketing, sales, software engineering and customer service operations.

Partnering with WBD, the city and the county in supporting Vantaca’s expansion were the N.C. Department of Commerce, the Economic Development Partnership of North Carolina, the General Assembly, the N.C. Community College System, Cape Fear Community College and UNCW, according to the release.

"We've had a relationship with WBD and in particular [CEO] Scott Satterfield and [Director of Business Development] Cliff Pyron from very early on in our existence and have always leaned on their guidance to know what options are out there," Currin said. "They really opened our eyes to how much the city of Wilmington, New Hanover County and the state of North Carolina do care about growing businesses in this region."