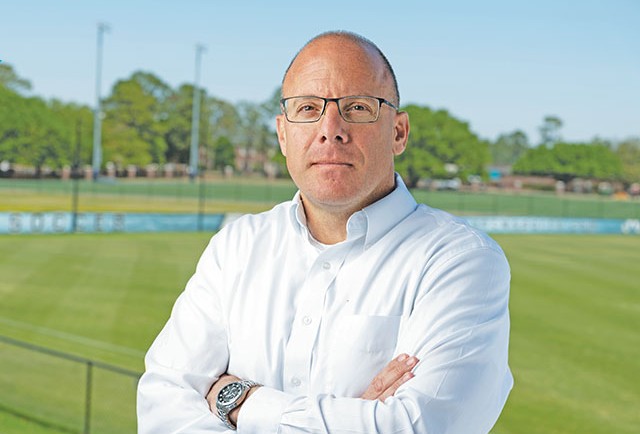 The money was raised through six investors in a round of funding that started in December.

The funding is earmarked for corporate use and licensing, Tobin Geatz, board chairman and founder of SportGait, said in an email.

“We raised money for general corporate uses and to explore licensing of and defending our patent portfolio,” he said.

The company is still seeking funding to meet its goal of raising $500,000.

This latest funding brings the company’s total amount of money raised since 2016 to $1.19 million.

SportGait, its most prominent subsidiary, has raised about $2.05 million. SportGait, headed by president and CEO Chris Newton (pictured above), developed technology and an app that helps monitor concussion signs and symptoms in athletes.

Through the app, parents, coaches and doctors can determine the severity of an athlete’s head injury and steps to take if action is needed.

The company is housed at the University of North Carolina Wilmington Center for Innovation and Entrepreneurship.

SportGait has received investment from Seawhawk Innovation, a funding organization that has a public-private partnership with UNCW, making the university a part-owner of the startup.

In 2017, LifeGait teamed up with Medac Health Services to treat athletes with suspected concussions with the SportGait concussion management operating system.