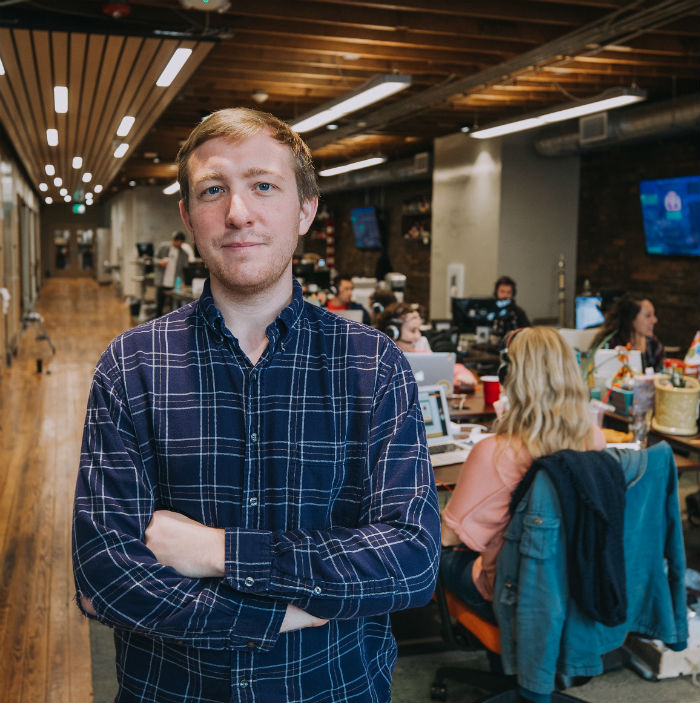 The company ranked No. 53 overall in the 2018 Deloitte Technology Fast 500, which ranks companies in the country based on three-year revenue growth and considers companies in technology, media, telecommunications, life sciences and energy sectors.

“It's always exciting to finish not only 53 in the nation, but No. 1 in the state,” said Chandler Hatch, sales manager at Untappd.“I think one of the coolest things about really achieving that is just the validation that comes with it as far as all of our hard work that we've been putting in for years to grow this company.”

Untappd was founded in 2013 by Kurt Taylor, who is also the CEO. The software company developed a geosocial networking app for beer drinkers where they can socialize and share new beers and brewery locations. The app currently has 8.6 million users worldwide, Hatch said.

The company also developed Untappd for Business, an app where business owners in the beer industry can promote their restaurants, bars or breweries by managing menus and events. The business-geared app has 16,000 businesses using the platform worldwide.

Untappd currently has around 100 employees, with the majority of them residing in Wilmington, Hatch said.

Deloitte data shows that Untappd had a 2,809 percent revenue growth in a span of three years.

The company’s growth can be attributed to factors including its leadership and devoted team, Hatch said.

Having a university in Wilmington also helps the company grow by allowing it to hire a good, trained workforce quickly, Hatch said.

Untappd is working on a new product expected to launch in 2019. While Hatch could not give more details on the product, he said it would allow Untappd to partner with alcohol distributors.

“We're going to be working with distribution companies in the alcohol space, helping them continue to become more efficient and help revolutionize that beer space,” Hatch said.

Besides working on the new product, Untappd will continue to enhance the products it already has and build new app updates, he said.

Out of the 500 companies included in the 2018 Deloitte list, nine companies were from North Carolina.

TransEnterix, a Morrisville-based company that develops medical devices, came in second for the state, ranking at 80. Other companies on the list were Passport, a Charlotte-based software company, and ANEXIO, a Raleigh-based communications and networking company.

One important aspect of being ranked first in the state is that it shows Wilmington can be a good place to conduct business, Hatch said.

“There's a lot of other companies as far as in Raleigh and Charlotte that get a lot of recognition, so it's cool to do something here in Wilmington that gets that kind of recognition,” Hatch said. “It validates the hard work that our employees are putting in and also shows a lot of people, as far as recruiting-wise, that you can come to a small town like Wilmington and still achieve great things.”

This version corrects the spelling of TransEnterix’s name.