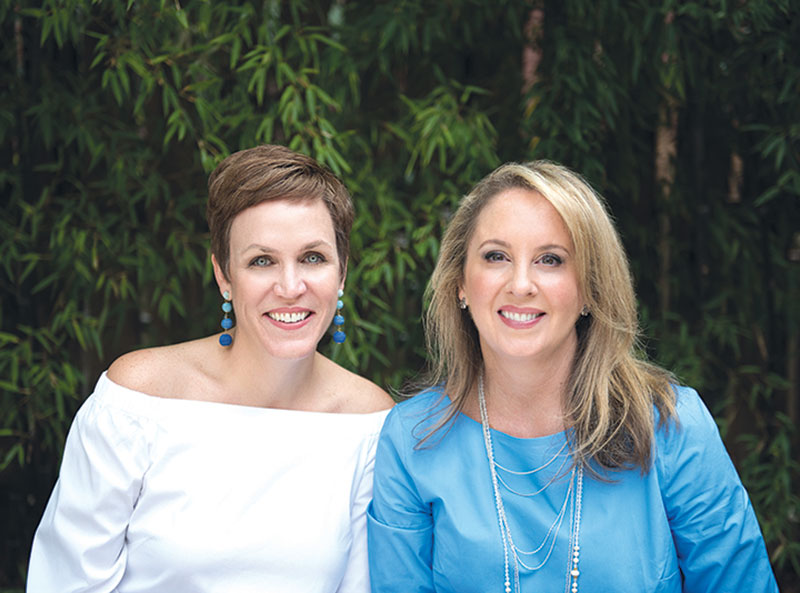 “Megan and I had worked together in the Triangle and had both started network marketing businesses,” said Turnage, the company’s CEO, now based in Wilmington. “We were used to [using] salesforce. com, but we found those technologies aren’t the right fit in a person-to-person business, so we decided to do it ourselves.”

And the venture has progressed faster than they expected.

“We had an idea last January, and we started development in March,” Turnage said. “By June, our first product was available for testing by early adopters. In August, we went to market with the first public version.”

Turnage said the customer reaction has been strong.

“A lot of people were struggling with the same problems: ‘How do I keep up with who to talk to next? What do I say? What did we say in the past?’ They were really excited about the product,” she said.

Users can access myBeeHyve from their phones, tablets and computers – respecting screen size for all devices.

“We really focused on the mobile aspect,” Turnage said. “People need to work on their phone. That’s a very large part of our design and usability and very important for any technology today.

“Our backgrounds are in technology, so we are used to using technology to solve problems,” she added.

Already, the company has customers in Wilmington, Raleigh and around the country, as well as in Canada and Australia.

For anyone considering starting a business in the new year, Turnage has some simple advice:

“The first thing is to just start,” she said. “Some people never take that first step. Just get out there, follow your instincts and do it. You won’t have any regrets.”

Today, those who start their own network marketing businesses have many more choices than in the past, and more types of people are seeking out the opportunities.

“Historically, the businesses have been a way for women to contribute to the financial stability of the home,” she said. “That’s still true, but we’re also now seeing professionals finding something they can build for themselves – something they control and carry with them possibly to retirement. Some of them just like the social aspects of the business – being involved in their communities.”

To continue to meet the needs of network marketers, Turnage and Sumrell plan to launch more products including a soon-to-be-published book, “Honey, You Got This: Technology Made Easier for Network Marketing.”

As for their future, 2018 will be about sharing their products with as many businesspeople as possible.

“We want to help entrepreneurs achieve their goals,” said.